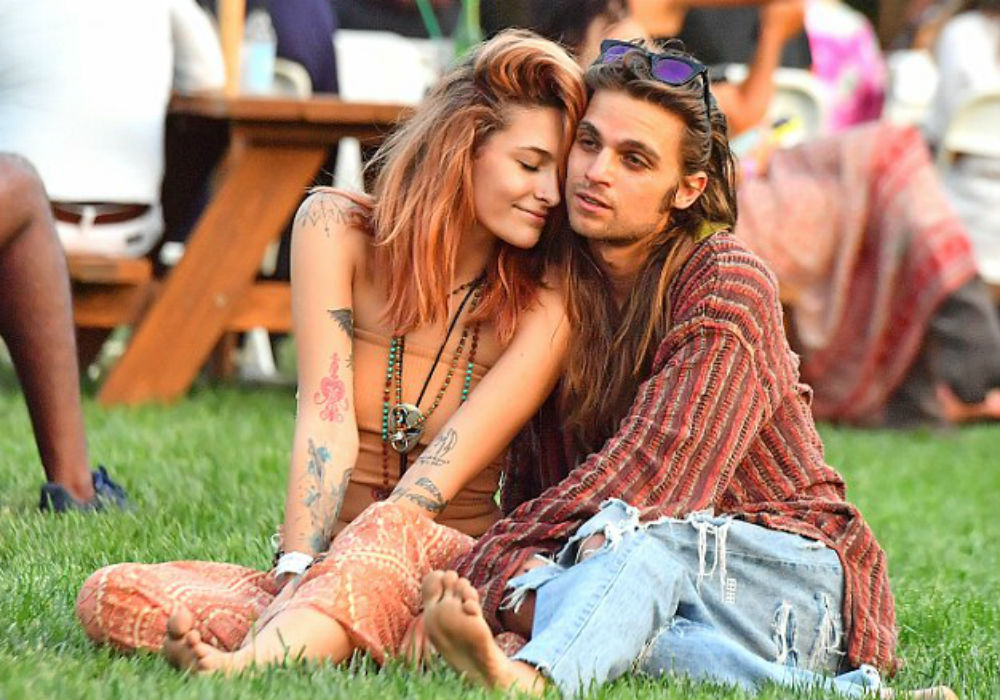 Paris Jackson and her boyfriend Gabriel Glenn are talking marriage, according to a new report. The 21-year-old daughter of the late Michael Jackson has been dating her Soundflowers bandmate since April of last year, and friends say the couple has “exchanged promise rings,” but they aren’t planning on getting married anytime soon.

According to Page Six, marriage is the long-term plan for Jackson and Glenn, but right now they are enjoying being young and in love while they play their folk music and rock their hippie fashion at various venues around the country.

Recently, the duo performed at Davey Wayne’s Good Times bar in Hollywood and ended their set with a ‘happy song,” - an acoustic cover of Jimmy Buffet’s Margaritaville. Jackson posted a video of the performance on her Instagram Stories after the show.

In early May, Jackson and Glenn performed a four-song set of original songs at a private event in the Hollywood Hills to celebrate the launch of Pizza Girl by Caroline D’Amore pasta sauce.

The event was held at the home of Absolut Elyx CEO Jonas Tahlin, and insiders say that Jackson appeared to be in “good spirits” and enjoyed the evening with her boyfriend while they tried out the new sauce.

Jackson and Glenn celebrated one year together last month, and she marked the occasion with a sweet Instagram post, thanking her boyfriend for making her the “happiest and luckiest girl in the world.” She added a red heart emoji and wrote that she “can’t wait for another trip around the sun.”

Glenn is also a member of the band Trashdog, and they recently performed at the Highland Park Bowl in Los Angeles while Jackson watched from the crowd. Cameras spotted her enjoying a smoke break with Glenn outside the venue as she rocked her signature Bohemian look with ripped bell bottom jeans, a purple tank top, and a coral scarf.

Not only does the couple look good together, but they are also extremely supportive of each other. When Paris Jackson ended up in the hospital earlier this year after a reported suicide attempt, Glenn was by her side. She later called the report of her suicide attempt “lies.”