Gwen Stefani"s Boys Played A Major Role In Her Relationship With Blake Shelton at lxbr.info 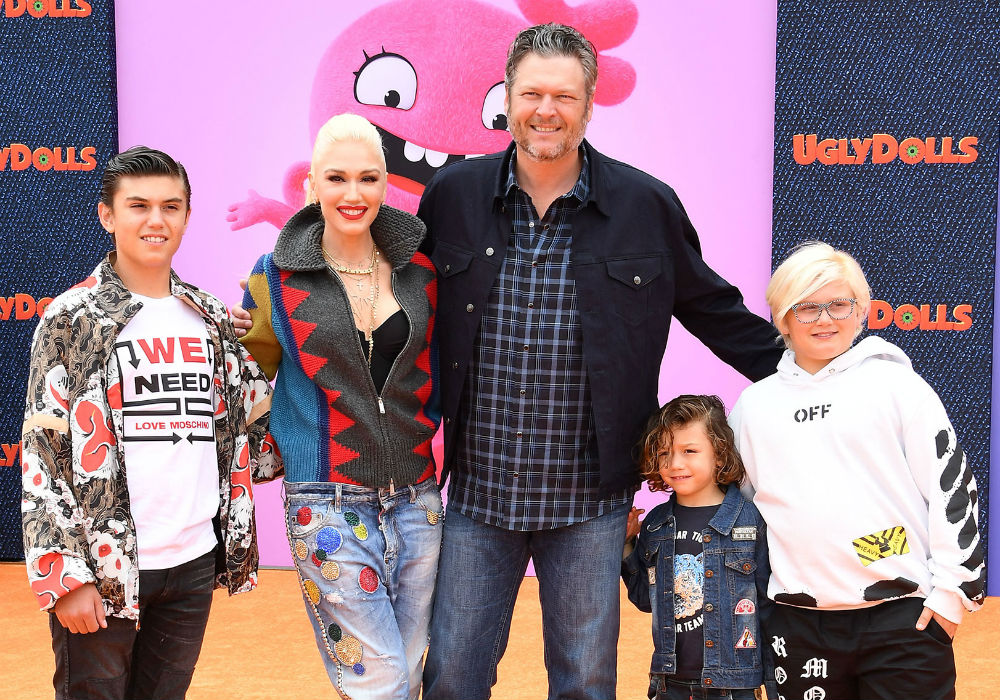 When Gwen Stefani and Blake Shelton met on the set of The Voice back in 2015, they instantly clicked and bonded over the fact that they had both just been through difficult divorces. Stefani had split from her husband Gavin Rossdale after he cheated with their nanny, and Shelton had divorced Miranda Lambert amid rumors that she had been unfaithful. A new report claims that it was Shelton’s interaction with Stefani’s three boys - Kingston, Zuma, and Apollo - that caused the Sweet Escape singer to fall for the country superstar.

An insider says that Shelton is “extremely close” to Stefani’s sons, and his bond with the children has really impressed her. At the same time, Shelton loves Stefani’s ability to be “like one of the guys,” not to mention the fact that she is a “total homebody” who avoids the Hollywood scene and shares his “traditional Midwestern values.”

The couple splits their time between her home in Los Angeles and his ranch in Oklahoma. “Blake loves getting dirty with the boys. They’re always playing basketball or running around,” says a source. “They love it there because it’s just the five of them out on the land, hunting or hiking.”

While the couple is in no rush to get married, Shelton made it clear during a Today Show appearance that their relationship is long-term, and he also revealed just how important his relationship with Stefani is to him.

Stefani hasn’t been a coach on The Voice since the season that she and Shelton fell in love, but that will change this fall when she replaces Adam Levine for Season 17. The Cool singer said during a recent appearance on The Talk that she was excited to spend more time with Shelton, but it will be “bittersweet” because Levine won’t be there.

“To think that [Adam’s] not going to be there is like bittersweet. And plus, like, being between him and Blake, the amount of laughter, I would have to like stop and massage my face, because it would hurt,” said Stefani.

Despite Levine’s departure, Stefani says that returning to the show will be fun and exciting. And, since Shelton is her best friend, it will be nice to hang out with him at work. The Hollaback Girl admitted that she wanted to come back “so bad” because being a coach is so much fun.

Stefani says that Levine’s departure from The Voice came as a shock, and that is why she hasn’t posted about it. The 49-year-old explained that it was Levine who reached out to her when NBC first pitched her the show, even though she didn’t really know him.

In a way, Gwen Stefani can thank Levine for her relationship with Shelton.

New episodes of The Voice will return to NBC this fall.