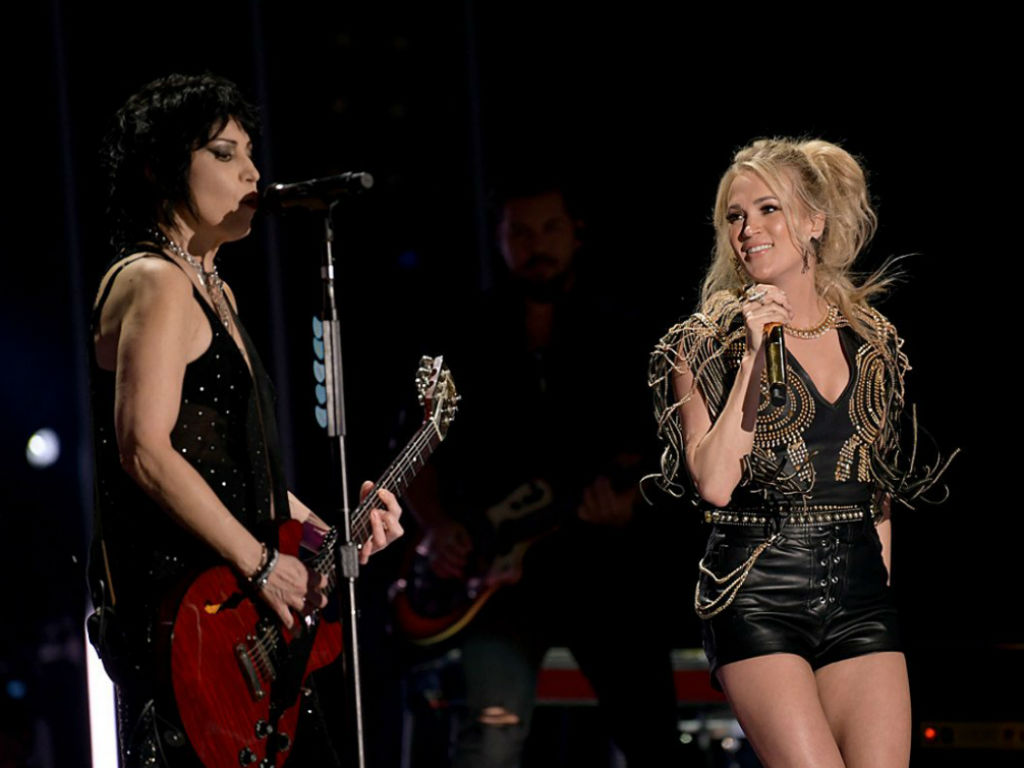 CMA Festival music goers got a real treat last night when Carrie Underwood brought out rocker Joan Jett to join her for a few duets during her show-stopping performance. The country crooner and iconic rocker belted out a few of Jett"s famous tunes at the annual Nashville event.

Friday night Underwood fans got the surprise of their life when she called Jett to join her during her set at Nissan Stadium. Twitter has gone crazy with video clips of the two ladies jamming out to "I Hate Myself For Loving You," "Bad Reputation" and "I Love Rock" n" Roll." The two women sounded fabulous together and fans wasted no time praising the collaboration.

"The only person that could sing alongside Joan Jett and pull it off is Carrie Underwood. Wow. Carrie is the Entertainer of the Year @CountryMusic There is no doubt. She is KILLING IT," Melanie Thompson

Taste of Country spoke with Underwood before she took the stage. The singer, who won Entertainer of the Year days before at the CMT Music Awards, gushed about having the opportunity to collaborate with Jett.

Underwood went on to explain that she simply had the idea of inviting Jett to CMA Fest to collaborate with her on stage.

"The stars just aligned. It was like, "What if Joan Jett came to CMA Fest? Let"s ask her! So, she"s here. The coolness has arrived, and I"m hoping some of it rubs off on me," Underwood revealed sharing how duet went from idea to realization.

Fans can"t stop talking about Joan Jett joining Carrie Underwood on stage at CMA Fest last night. If the clips of the two singing sensations together are even a slight indication of how fabulous they were, then those who were not at CMA Fest missed out on quite the performance.

They might seem like an unusual choice for collaboration, the 80"s rocker, and the American Idol winner. However, Underwood proved she can rock out just as much as Jett. There are not a lot of people that can keep up with the legendary singer, but the country crooner was a perfect match. The duets were nothing short of spectacular.