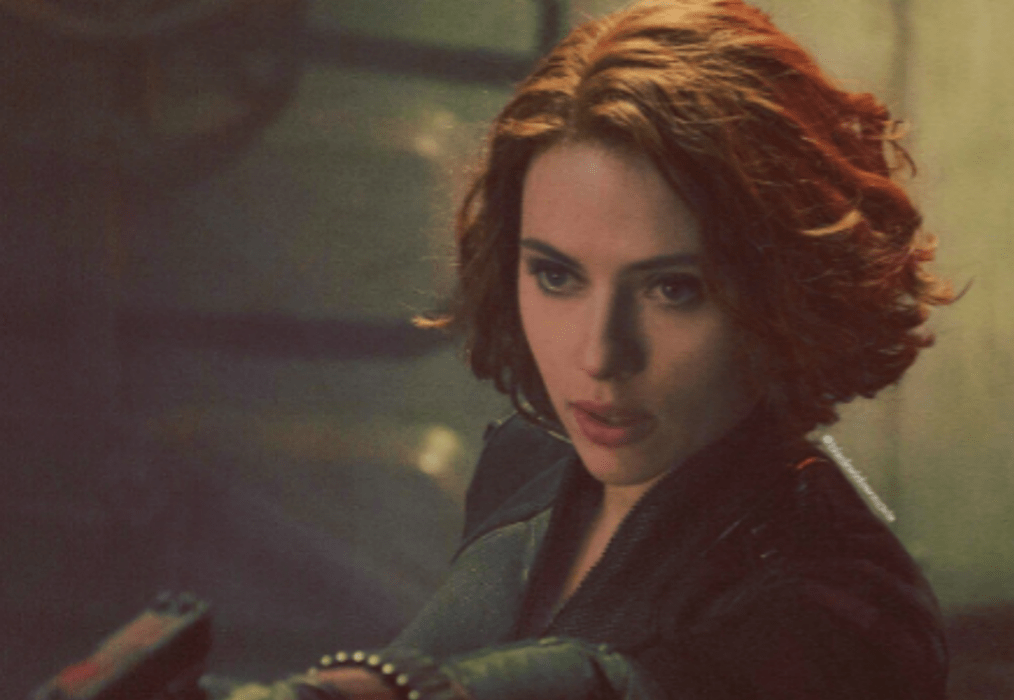 The first photos of Scarlett Johansson as Natasha Romanoff for the upcoming Black Widow movie have hit the Internet and fans are thrilled. The pictures feature Scarlett as Natasha with as a redhead only this time her hair is past her shoulders in what appears to be a younger depiction of the character who will transform from a ballerina to Avenger.

Filming has officially begun and many fans are curious as to whether Black Widow will be a prequel to the Avengers films or if possibly it will occur in a time frame after Avengers: Endgame (yes, many fans are hopeful that Natasha will miraculously come back). Filming is currently underway throughout the UK, and Scarlett"s fans are thrilled that she will finally get her own movie.

In the photos, you can see Scarlett as Natasha as she is filming out in the woods. She is wearing an olive-green long-sleeved, thermal shirt and forest-green pants. She is wearing minimal makeup and the shot looks as if Natasha has been running or working out. She is holding a cellphone with earbuds, so it can"t be too much in the past.

You may see the photos of Scarlett Johansson filming Black Widow below.

Fans have long awaited Scarlett Johansson to star in her own movie and after the breakout success of Wonder Woman and Captain Marvel, it is finally time that fans see Scarlett Johansson in her own movie. Many believe she should have had her own origin story years ago (Scarlett first appeared as Black Widow in Iron Man 2 back in 2010) and quickly became one of the defining Avengers.

Black Widow is a heroine for young girls and though it is likely that Black Widow will be a prequel story after Natasha Romanoff met her demise in Avengers: Endgame, there are many hopeful fans praying that Disney and Marvel has something up their sleeve and will bring Black Widow (and even Loki) back in the present day.

The set photos give nothing away and it is difficult to tell the time, setting, or even plot from the pictures.

What do you think about the first leaked photos of Scarlett on set? Are you looking forward to seeing Scarlett Johansson return as Black Widow? The movie is expected to have a 2020 release date?