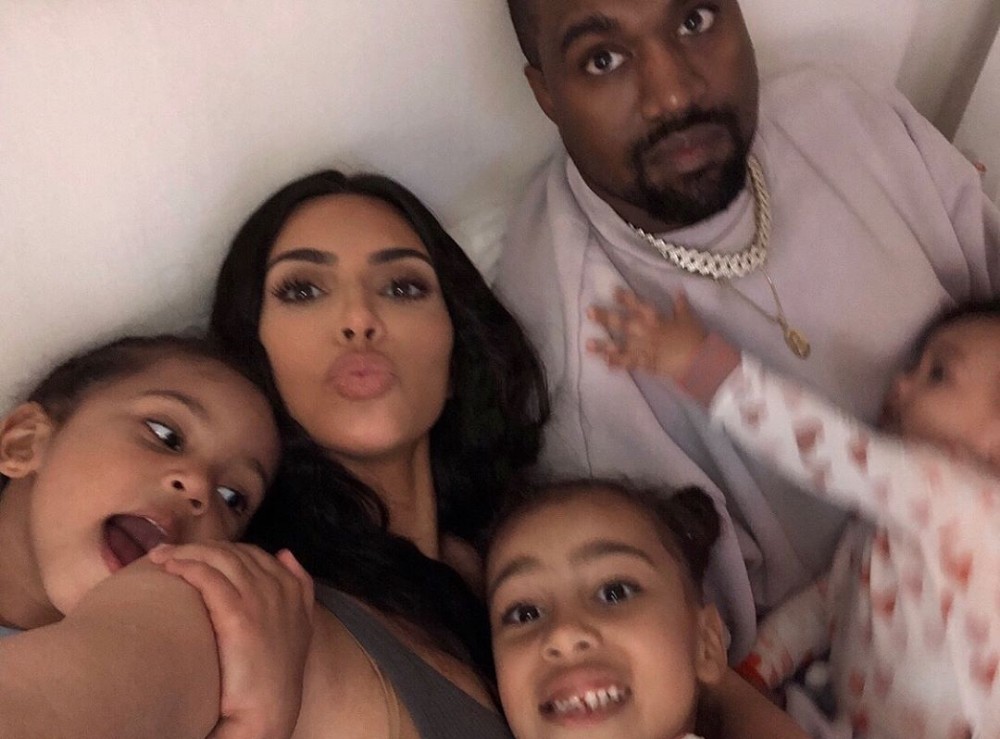 Kim Kardashian is going viral Monday morning after sharing a new photo of baby Psalm West. Psalm is the couple"s fourth child and second son. He was born to Kanye West and Kim Kardashian via surrogate on May 9, 2019, making him one month and one day old at the time of the photo. Though his name Psalm West was announced, no one knows for certain what his middle name is. Kim"s caption now has the public wondering if his middle name is Ye after his father. Kim simply wrote "Psalm Ye" on the photo.

The photo shows baby Psalm wearing a white sleeper with his arms by his side. Even though he is sound asleep, he resembles his mother and looks as if he is a peaceful baby. Kim hasn"t shared too many photos of Psalm with the previous photo being shared on Mother"s Day.

She captioned the Mother"s Day photo with the following.

"Beautiful Mother"s Day with the arrival of our fourth child we are blessed beyond measure. We have everything we need."

You may see the new photo of baby Psalm West below.

The Mother"s Day photo of Psalm didn"t show his face clearly, not like the photo Kim shared on Monday does. Before today"s photo, no one really knew what Pslam looked like. Not only does he resemble his mother but he also bears a strong resemblance to his siblings.

Response to the new photo of Psalm has been huge and overwhelmingly positive. Many fans have left hearts and smiles and stated how adorable the baby is.  Other fans have remarked that the baby looks just like Kim.

Some of Kim"s 141 million followers debated who baby Psalm looked more like. Everyone agreed that the baby was beautiful and had a perfect temperament.

There was plenty of debate surrounding baby Psalm"s name. One Dutch fan didn"t know how to pronounce it.

"Congratulations with your fourth!! 🍀 Can anyone tell me how his name is pronounced exactly? I am Dutch and confused about it."

Some comments insulted the name saying it was a poor choice.

What do you think of Psalm West"s name? Do you think he looks like Kim, Kanye or someone else?