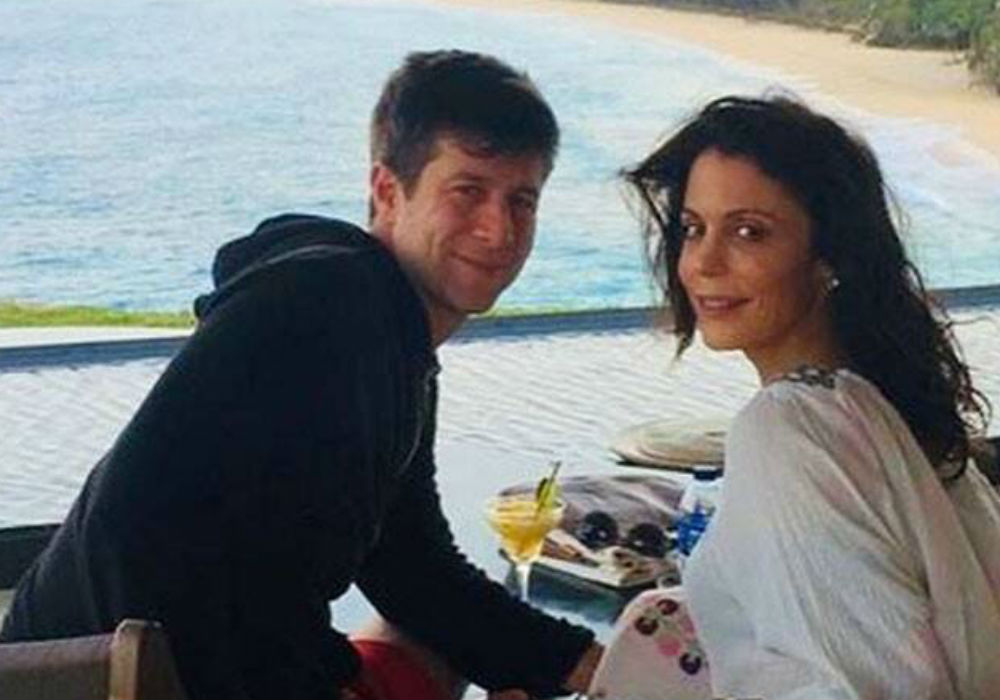 Real Housewives of New York City star Bethenny Frankel recently gave her fans a life update and modeled some new jeans from her Skinnygirl line on her Instagram Stories, but fans couldn’t help but notice that the reality star was wearing a giant ring on her left ring finger. Is it possible that Frankel’s boyfriend Paul Bernon popped the question?

According to The Daily Dish, Frankel’s ring was just an accessory, and Frankel is not engaged to Bernon. However, the couple is still together and going strong. The couple announced their relationship on Instagram last December, and even though he hasn’t appeared this season on RHONY, Frankel has talked a little bit about her Boston-based boyfriend on the show.

She also praised Bernon on Watch What Happens Live with Andy Cohen, saying: “He’s incredible. He’s a beautiful human being, inside and out.”

Frankel also says that Bernon saved her life last December after she discovered she had a rare fish allergy when she ate some soup.

“I was with someone who went to get me a @Benadryl & returned & I was unconscious. He managed to call 911 & get pill down my throat [with] water. He saved my life,” wrote Frankel on Twitter.

She later explained that after eating the soup she started to itch, then she became unconscious for 15 minutes before being rushed to the hospital. She was in Intensive Care for two days with a blood pressure of 60/40, and she couldn’t see or talk.

Frankel says she thought she had had a stroke and was dying, and doctors told her that if Bernon would have waited five more minutes, she would be dead. Bernon saved Frankel with an EpiPen, and she says she will always carry one with her from now on.

Since then, Bethenny Frankel has also found out she has a wheat allergy and she also received a diagnosis of leaky gut syndrome, something the reality star says couldn’t have a “more vile title.” There is still debate going on the medical community over leaky gut syndrome, but it is thought to be “an unhealthy gut lining” with “large cracks or holes” that allow “partially digested food, toxins, and bugs to penetrate the tissues beneath it,” according to Harvard Medical Health.

More research needs to be done on the topic, but possible causes appear to be genetics, the standard American diet of high sugar and low fiber, as well as heavy alcohol use and stress.