Cardi B Drops Press, Announces It On Instagram — Watch Video at lxbr.info 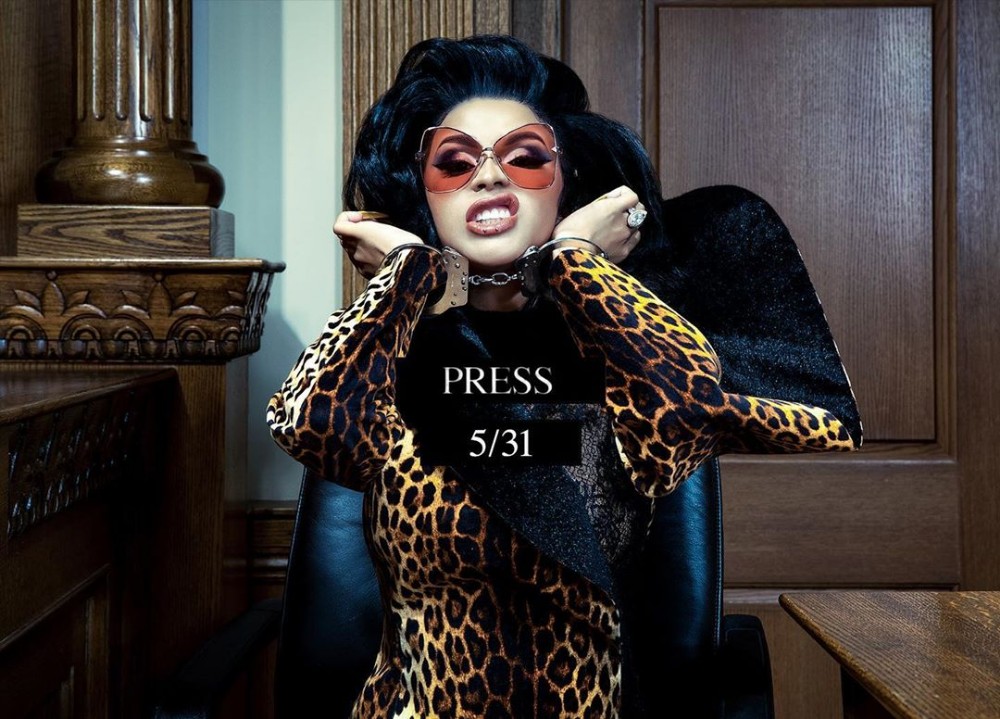 Cardi B dropped her new video "Press" after announcing it on Instagram. Releasing the song on May 30, 2019, it went viral and now has over 3 million views. Using her social media outlets as her promotional tools, she shared a series of photos, some were more risque than others, and the marketing strategy worked.

Cardi B is currently recovering from plastic surgery procedures and she left very little to the imagination on both the official YouTube video as well as some of the photos she shared on Instagram.

Each photo went viral garnering between 1 and 2 million likes. The photo os Cardi B without any clothes, doing a perp walk and with only two black bars to cover herself, received over 11 million likes in less than a day.

The one photo of Cardi B with her hands cuffed up to his chin while grimacing like Aileen Wuornos.

There is no question that Cardi B"s nude photos provided the promotion she needed to ensure her new song would be a hit.

You may hear "Press" in the video player below.

To confirm that the photo was an homage to Florida serial killer Aileen Wuornos, Cardi B shared a photo of Aileen on her official Twitter account.

Many people say that the believe Cardi B"s photos were the most risque that she"s ever posted online.

Jora Frantzis is the photographer who did the Press shoot and he also shared photos on his official Instagram account.

One thing about the new single is that it"s reflective of where Cardi B is in her personal life.

Cardi B has taken issue with bloggers who report about her and she has filed lawsuits against two bloggers.

Here is the chorus to "Press."