Kylie Jenner Is Going Viral For New Beach Photo Shoot — Is She Pregnant? at lxbr.info 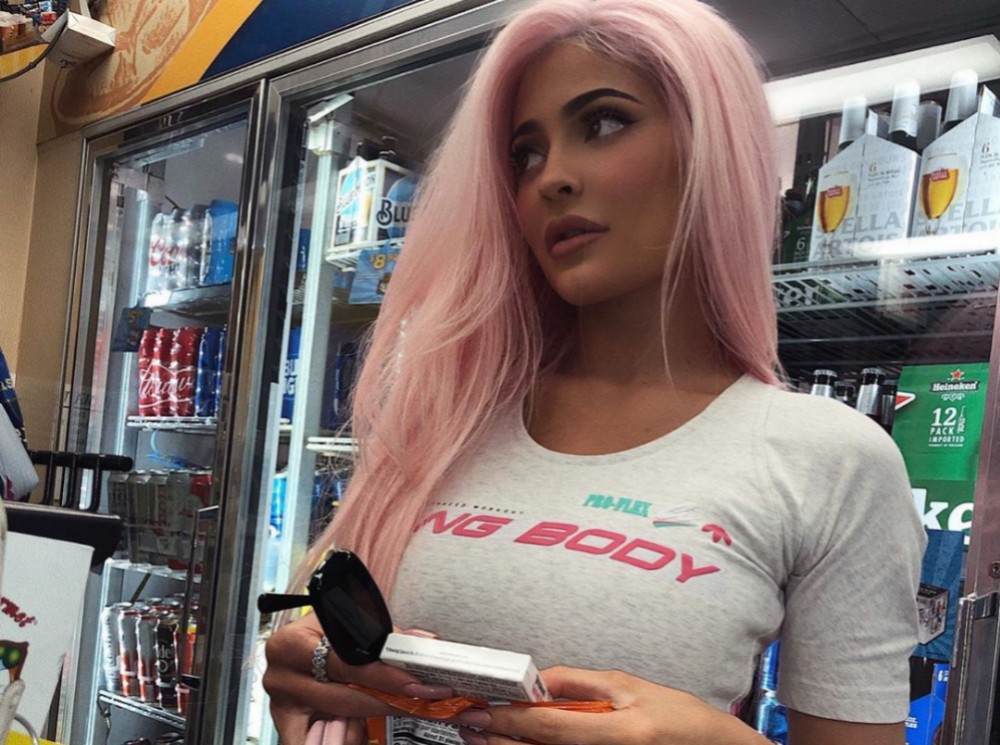 Kylie Jenner is going viral for a new photo shoot that features the youngest Jenner wet and sandy while walking on the beach, but a second photo has the public asking if she is pregnant.

Kylie chose to wear her long black locks in a half ponytail that was pulled away from her face. Gray and metallic silver tones permeated the photo and were the color Kylie wore for her bathing suit cover-up. She wore a shirt that was tied and revealed a bit of her back, and a matching translucent drape that covered her backside.

For makeup, Kylie opted for a natural look and paired the outfit with large, oval drop earrings that matched the same silver/gray tones seen in her outfit.

Fans quickly commented on the outline of Kylie"s booty that was visible in the photo. TMZ featured the photo on their Instagram page and it went viral, garnering over 100,000 views and 5,000 comments. Kylie didn"t upload the photo or any from the shoot on her official social media accounts, making the picture a rare treat for fans who follow her for the latest updates and news.

It was a photo that TMZ included in their video, however, that sent fans into a tailspin. In one photo, Kylie can be seen lying down with her hand on what appears to be her stomach.

The photo was actually an optical illusion and it wasn"t her stomach, but her backside that fans mistook for a nine-month, pregnant belly.

You may see the photos as well as the optical illusion mistaken for Kylie"s pregnant stomach in the video player below.

The photos and videos of Kylie spread across social media and many fans believed they had proof that Kylie was having her second baby with Travis Scott. Though Kylie has faced many pregnancy rumors, she has shown her stomach plenty of times and it remains flat and visible in many midriff-baring outfits.

When Kylie was pregnant with Stormi, she hid her stomach from view in numerous photo shoots and even stood behind her sisters in several photos with only her head showing.

It"s doubtful Kylie would do any type of bathing suit photo shoot if she were pregnant.

What do you think about Kylie Jenner"s optical illusion? Do you think the photo looks like she"s pregnant?