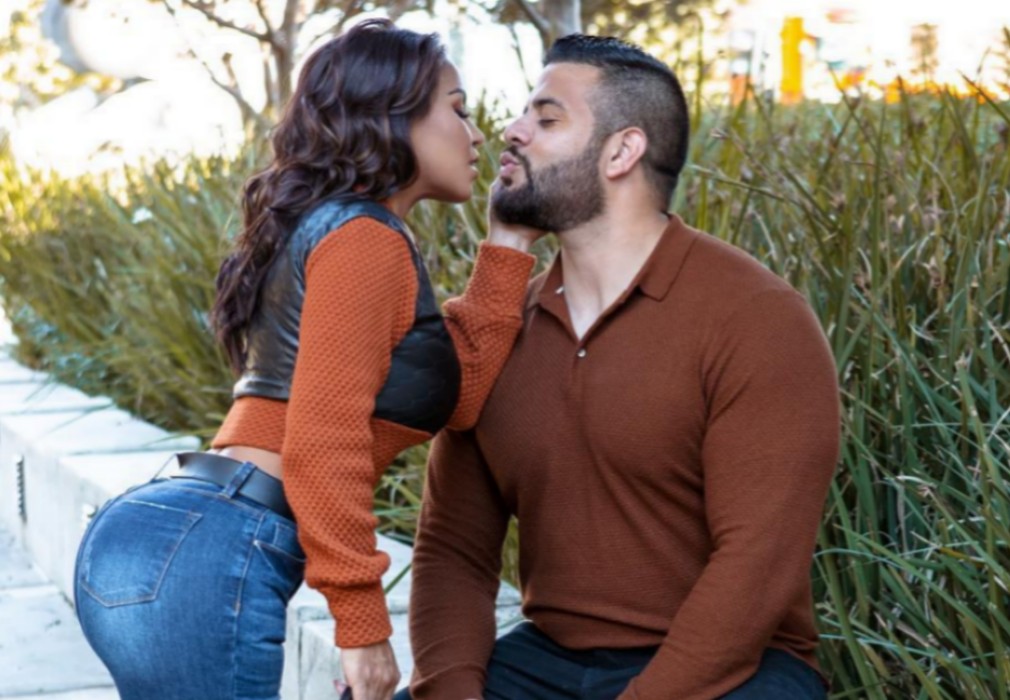 Miss Dolly Castro-Chavez is celebrating her wedding anniversary and letting her husband, Samier Chavez know just what a lucky man he is. The fitness model and social media influencer shared a photo that"s going viral of herself in a form-fitting dress that highlights her figure and dangerous curves.

Tagging her husband in the photo she captioned it as follows.

"#ootd @fashionnova When it’s you and hubbys anniversary and he asks where’s his gift so you give him the look 😏."

The fitness model and designer is known worldwide for her physique and her latest Instagram post quickly went viral. The 34-year-old Nicaraguan beauty stunned in a gorgeous dress from Fashion Nova that featured a cut-out midriff teasing her fans and followers with her ample assets and perfectly toned abs.

She paired the dress with black and red bangles and a pair of black heels. A golden-ochre clutch finished the ensemble.

The photo was taken in Orange County, California and Dolly was outside leaning against a building for the shot.

So far, Dolly hasn"t shared any photos from her actual anniversary celebration with her husband Samier.

You may see the photo as Dolly shared it below.

A natural beauty, Dolly doesn"t need a lot of makeup or accessories in order to pull off the perfect pose. Her long, brunette locks were straight and sleek and provided the perfect frame for her face. Her makeup was natural and flawless and her eyes were framed by impossible dark and thick lashes.

Dolly"s fans responded positively to both the photo and her anniversary shoutout to her husband. The photo has more than 70,000 likes and over 1,000 comments.

While many fans chose to respond with emojis such as hearts, others left messages of congratulations for the couple"s anniversary.

Others praised Dolly for her perfect figure and stated that she was body goals and how much they wanted to look like her.

Samier quickly responded to his wife"s picture and left his own comment that expressed his approval.

"Plssssss let’s skip dinner and go get dessert 😩😩😩❤️ you can’t do this sh*t to me 🙏🏽 happy anniversary mi amor bella."

What do you think of Dolly"s photo and Samier"s response?