Miley Cyrus Celebrates She Is Coming With Racy Fruit And Banana Photos And Yes, You Can Call Her at lxbr.info 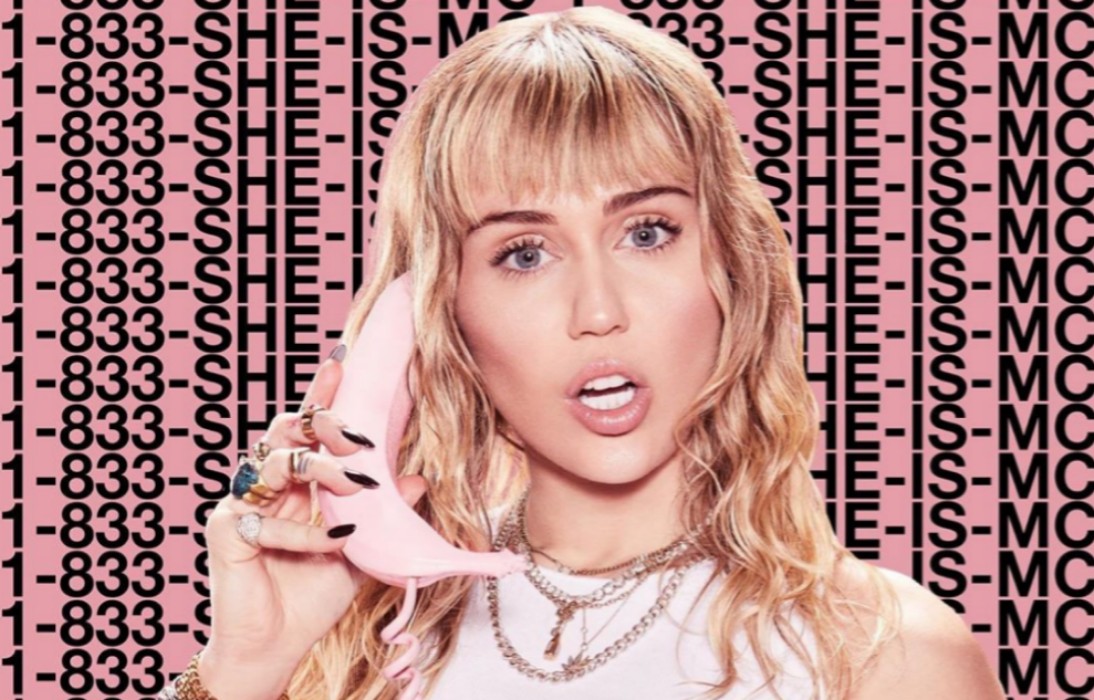 Miley Cyrus is celebrating her new EP She Is Coming with a series of racy fruit and banana photos. Shared to her official Instagram account and her 94.2 million followers, the photos have gone viral. Fans will notice that there is a phone number running behind two pink photos while Miley is holding a pink phone with a handle that looks like a banana. It is a real phone number and those who take Miley Cyrus up on her challenge to call her will her a special message from her. You will also be asked to confirm that you are 18 or over and if you aren"t, Miley will tell you to hang up the phone.

She Is Coming features six songs and is the first in a trio of Extended Play recordings that when completed will form her seventh studio album. She is working again with the legendary Mark Ronson and collaborates on songs withMike WiLL Made-It,  Swae Lee, Ghostface Killah, and RuPaul. Many of her new songs have already gone viral.

Miley captioned her banana phone pictures with a challenge to call her: Call me. I dare you. ☎️ 1-833-SHE-ISMC.

Miley has brought her hair back to a look similar to when she played the Disney character, Hannah Montana. Her blonde hair framed her face with blunt bangs that met her eyebrows and loose waves that accentuated her face.  She wore chunky, metallic bracelets and layered several necklaces while her fingers were adorned with oversized rings and her nails were painted black.

You may see Miley"s photo below.

Though Miley"s photos inviting people to call her went viral and resulted in many phone calls to the singer and actress, it was her fruit and banana photos that drew most of the attention.

Miley shared two banana photos and in each, the banana was covered in sprinkles. In one photo Miley held the banana in a very suggestive pose, in the second she is seen holding the banana to her mouth.

Miley captioned both photos. The first read, "SHE CAME. SHE CONQUERED. Thank you for all LOVE! #SHEISCOMING #SHECAME." The second photo had the following caption. "Tell me that I can’t & you better believe that I WILL! 🍌 🍦 🍌🍦 #SHECAME #SHEISCOMINGOUTnow."

You may see those photos below.

Both of those photos went viral and had over 1.6 million views.

Have you listened to She is Coming? What do you think of Miley"s racy banana photos? Are you going to call the number?