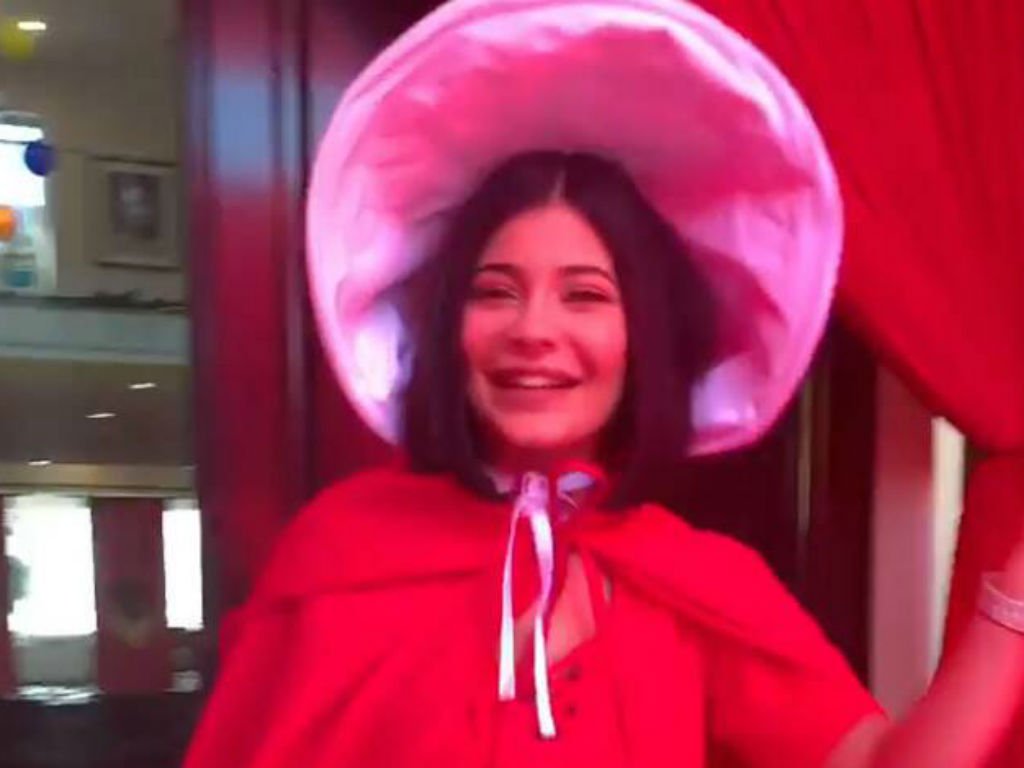 Twitter is dragging Kylie Jenner after she threw a Handmaid"s Tale themed party and showcased the event on social media.

Yesterday Jenner used Instagram stories to show her and pals, including Scott Disick"s girlfriend Sofia Richie, all decked out in Handmaid Tale costumes. She had a lavish dinner party that included a table setting right out of one of the episodes of the hit Hulu show.

"Welcome to Gilead" the Keeping Up With The Kardashian star shared in a video featuring her home decked out with banners with the symbols of the fictional nation.

Jenner even had the waitstaff dressed as servant-class Marthas, as they served drinks and used greetings that portrayed the religious aspects of the show. "Under his eye" and "may the Lord open," are two that fans pick up on real quick.

However, considering the nature of the content surrounding the show, Twitter was outraged the Kylie Cosmetics mogul would throw such a costume party.

"Kylie Jenner is having a party themed after the Handmaid"s Tale so who"s gonna tell her that her party is literally celebrating female enslavement for their biological reproduction?? WHO IS GOING TO TELL HER" Tweeted @mirandaaithi

"the fact that kylie jenner actually threw a "handmaid"s tale" themed birthday party is so disturbing. i am actually dumbfounded," wrote @zachabuorf

"kylie jenner throwing a handmaid"s themed bday party for fun is so insulting when there are people dressing up as handmaid"s to fight for control over their reproductive rights... this privilege and ignorance is gross," shared @igotbushim

"You know how the people who live in the capitol of the Hunger Games series just looooovvee watching the hunger games? That is the actual mood of Kylie Jenner saying the Handmaid"s Tale is her "favorite show" Tweeted @SophieBrennan8

Oh yes, Twitter is less than thrilled with Kylie Jenner not only throwing a Handmaid"s Tale party but also showcasing the shindig all over social media. Regardless of all the social media backlash, Stormi"s mom did appear to be having a good time.

Jenner is known for throwing lavish themed parties. She goes all out, but this time, Twitter feels she crossed a line by having a party honoring her favorite television show.

The Handmaid"s Tale has a slew of fans, despite its content and underlying meaning. Is it fair to be slamming the 21-year-old for throwing a themed party about it? If so, does that mean fans should stop watching the show?