"Counting On" Fans Are Sure Jill Duggar Is Hiding A Baby Bump In The Latest Family Photos at lxbr.info 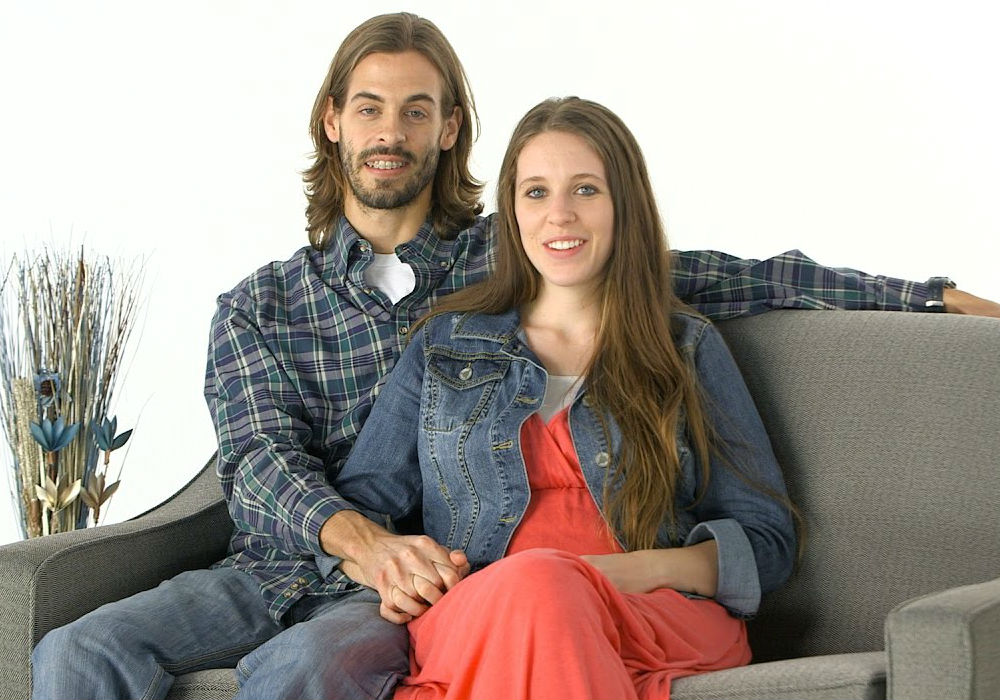 The Duggar family has already given Counting On fans five pregnancy announcements this year, but a new picture posted by 28-year-old Jill - mother of Israel, 4, and Samuel, 22 months - has some believing that another one is coming any day now. Could Jill Duggar and her husband, Derick Dillard, be expecting baby number three?

According to PopCulture.com, Jill recently posted a pic of herself on a shopping trip at Cousin Amy’s 3130 Clothing Boutique in Springdale, Arkansas. And, in the photo, she strategically covered her stomach with a shopping bag. The bag’s placement could just be Jill’s way of showing off Cousin Amy’s store logo.

After all, Jill did tell fans in the caption to use a coupon code to get 20 percent off of a purchase at the boutique. But, some fans are sure that Jill was simply trying to hide a baby bump, and they made that clear in the comments.

"I think someone"s pregnant," one fan wrote, while another asked, “Hiding a bump?”

In May, both Joy-Anna Duggar and Lauren Swanson announced pregnancies. And, as an added bonus, Cousin Amy and her husband Dillon King revealed on Easter Sunday that they were expecting their first child.

Recently, Jessa told her Instagram followers that the five Duggar sisters/sisters-in-law who were pregnant were planning a maternity photo shoot, but the way she worded the news leaves a possibility that Jill is also pregnant. Jessa told fans that the five Duggar women who were due “this year” were planning the shoot. But, if Jill is less than three months along, that would put her baby due in 2020.

Of course, if she was only a few weeks along, there would most likely not be a noticeable bump for Jill to hide. And, the Duggars are really consistent when it comes to making baby announcements. Babies are their brand, so no one in the family makes an attempt to hide a pregnancy. It’s possible Jill Duggar is pregnant, but not likely.

Fans will just have to wait and see if the Duggar baby boom continues.