Blake Shelton And Gwen Stefani Pack On The PDA Ahead Of Her Return To The Voice at lxbr.info 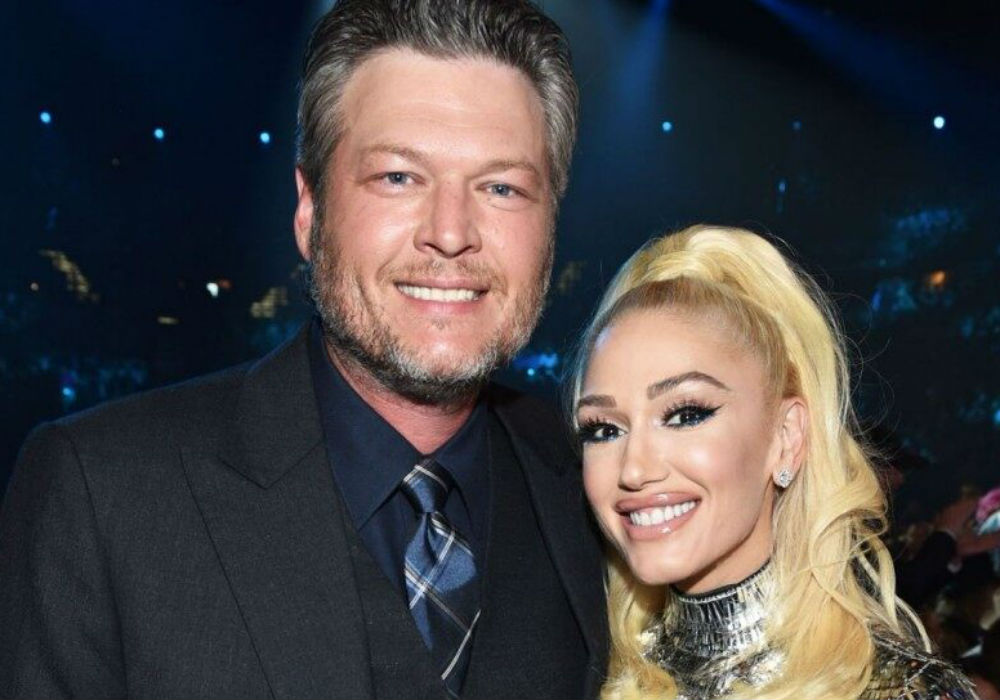 Just hours before the news broke that Adam Levine is leaving The Voice after 16 seasons and Gwen Stefani will be taking his place for Season 17, the Sweet Escape singer cozied up with her boyfriend Blake Shelton at a Luke Bryan concert, and she shared the moment with her fans on her Instagram Stories.

Bryan was playing a show at the Doghouse - a new music venue at Shelton’s Ole Red restaurant and bar in his hometown of Tishomingo, Oklahoma - and both Stefani and Shelton enjoyed the concert on the side of the stage while sharing a kiss and dancing to the music.

This event was the Doghouse’s grand opening, and after Bryan’s show on May 23rd, Shelton performed the following night. Proceeds from the back-to-back shows went to the Oklahoma Wildlife Conservation Foundation.

As fans know, Stefani and Shelton met on The Voice back in 2015 after they each went through painful divorces. Stefani had just split from Gavin Rossdale and Shelton had just ended his marriage to Miranda Lambert, and the two bonded over their shared experience.

Four years later, things are coming full circle as Stefani will be heading back to The Voice this fall. But, Shelton is still having some trouble dealing with the reality of losing his bestie and work husband, Adam Levine.

Shelton tweeted that he was having a hard time wrapping his head around the news that Levine wouldn’t be returning. “Gonna miss working with that idiot,” wrote Shelton.

According to Taste Of Country, Levine decided to leave the show because of the new rules and format that doesn’t guarantee each judge taking a contestant to the semi-finals or finals. Levine and Shelton were two of the original four judges on the show that premiered in 2011, and they have both been on every season since.

"Of course many viewers will miss watching his frenemy relationship with Blake Shelton," said host Carson Daly. "He"ll always be a cherished member of The Voice family, and of course we wish him nothing but the best."

Levine says his time on The Voice was a life-shaping experience that will be close to his heart forever.

New episodes of The Voice will return to NBC this fall, and Kelly Clarkson and John Legend will be joining Gwen Stefani and Blake Shelton as judges.