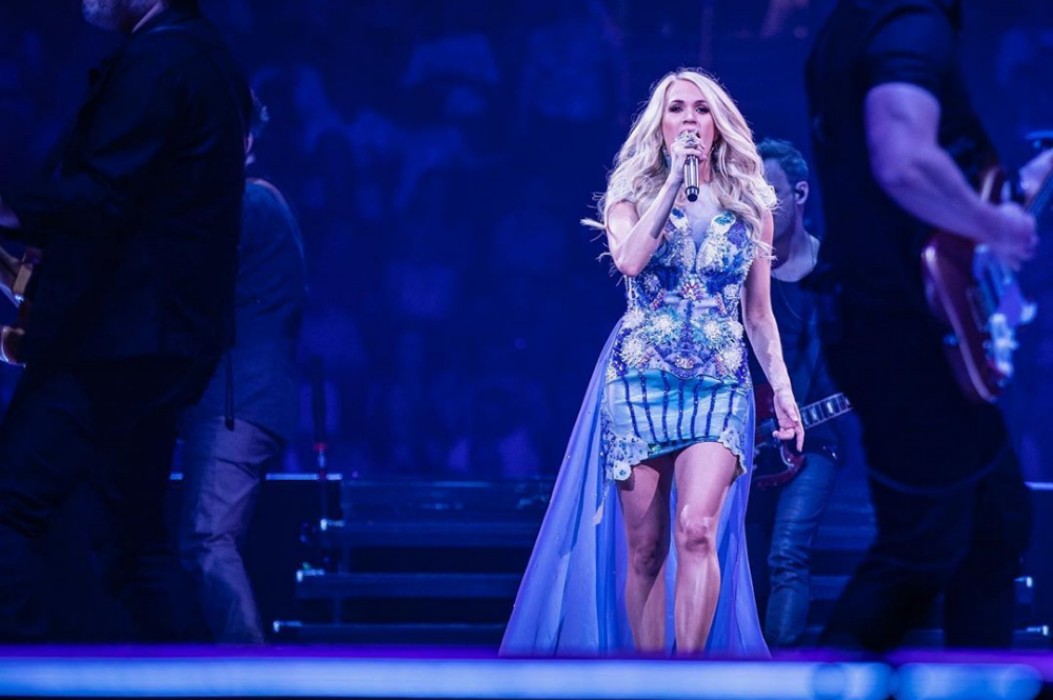 Carrie Underwood is going viral after sharing photos of herself in a bikini on her Instagram account. Carrie gave birth to her second son, Jacob Bryan Fisher four months ago. She gave birth to her first son, Isaiah Michael Fisher in 2015.  The sunny photo was captured outside and showed Carrie in her bikini soaking up some rays. Sharing the photos with her 8.5 million Instagram followers, it quickly went viral and drew praise from many who complimented her figure.

It"s unclear where Carrie took the selfies from, but there are two pictures that she shared. In the first, Carrie can be seen with her hair pulled back while holding a hat. Her stomach is flat and toned while the Grammy and Country Music Award winner wore a blue and white bikini. Carrie appeared to have zero body fat and many were impressed by her toned and athletic physique.

If you felt that Carrie looked athletic, that was her purpose and intent.

The bikini Carrie wore was actually from her own swimwear line: CALIA Swimwear.

Carrie captioned her bikini shots with the following:

#TBT to the first Cali run on #CryPrettyTour360 – getting ready for summer! ☀️🕶 @CALIAbyCarrie #CALIASwimwear#StayThePath #Southbound

The photos were a great way to promote the clothing line and her fans sounded off that they were interested in purchasing the swimwear for themselves.

Though Carrie used the #TBT hashtag, don"t be fooled into thinking she shared a pre-pregnancy photo.

Carrie"s pictures are from her Cry Pretty Tour 360 (as she also hashtagged) which began on May 1, 2019. Carrie had already given birth to baby Jacob when she took the bikini selfies.

Carrie Underwood"s fans are devoted to the singer and have supported her through her ups and downs. There is no question that her fans were amazed by how quickly she returned to her pre-pregnancy size and shape.

What do you think of Carrie Underwood"s bikini photos?