Donald Trump Trolled On Twitter After Changing Hairstyle — Check Out The New Look at lxbr.info 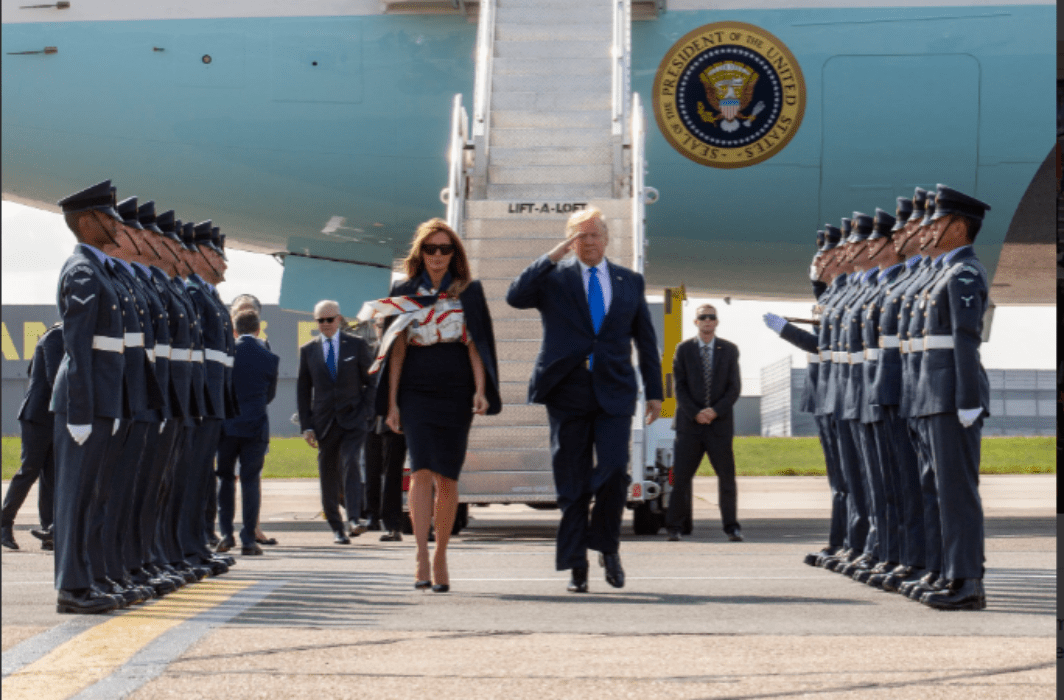 Donald Trump changed his hairstyle shortly before launching his trip to the UK and Twitter was not having it. Donald Trump attended the McLean Bible Church located in Vienna, Virginia and shocked the nation by slicking his hair straight back.

President Donald Trump"s hair has become his signature look and his hair is a character all on its own. His hair has been featured on Twitter, in memes, on Instagram, and is practically trademarked.

President Trump had just played a game of golf at the Trump National Golf Club in Potomac Falls and many think that is why his hair was slicked straight back. In addition to the new hairstyle, Donald Trump showed up to service wearing his white golf shoes and even a white cap, but that didn"t do much to hide his hairstyle.

A photo of President Donald Trump with his hair slicked back in an apparent case of hat hair went viral and attracted comments, memes, and jabs from people across social media networks.

You may see the photo of Donald Trump with his hair slicked back below.

While some trolled and made fun of the president"s hairstyle there were others who liked it and encouraged him to continue wearing his hair slicked back. Some said the slicked back look made him look younger, more approachable and even more like his sons. The overwhelming response to the look; however, was one of surprise and shock.

In addition to those who made fun of the President"s slicked-back hair, there were others who ridiculed him for playing golf before attending church

While many made light of President Trump"s hairstyle and even mocked it, his appearance at McLean Bible Church was no laughing matter. This is not his normal church and the President was there to honor the memory of the Virginia Beach shooting victims and to offer his love, support, and compassion to the survivors, family members and friends, and the entire community at whole.

Wha do you think about President Trump"s hairstyle? Do you think that people should have left their comments at the wayside due to the seriousness of why Donald Trump was in Virginia?