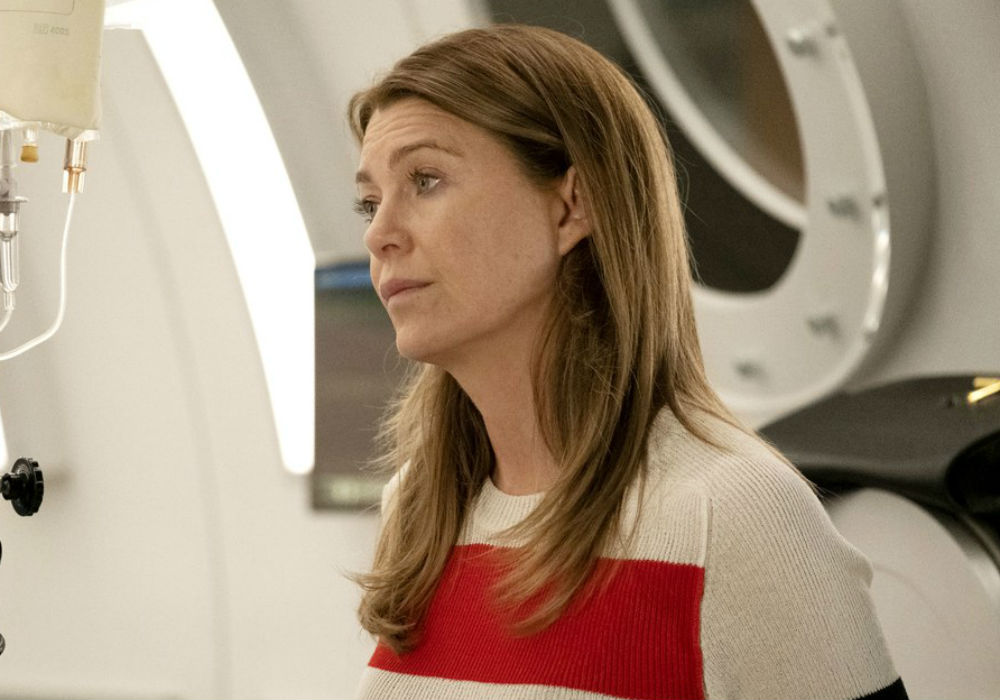 Season 15 of Grey’s Anatomy was a tough one for Dr. Jo Karev (Camilla Luddington). After starting the season as a happy newlywed, Jo’s marriage to Alex (Justin Chambers) quickly started to crumble after she found out the truth about her birth parents. Jo shut down and checked out of the relationship, and in the season finale she entered Grey Sloan’s mental health facility to get some help. Will the characters reunite and save their marriage during Season 16?

Executive producer Krista Vernoff recently told TV Line that there is still hope for Jo and Alex because “they were pretty great together,” and she hopes that “therapy brings her [Jo] back to herself and Alex.”

Vernoff explained that “Jo suffered a very real trauma” when she found out that her mom got pregnant with her after being raped, And, since she understandably couldn’t be mad at her birth mom for rejecting her, she ended up “trapped in a really painful mental spiral,” and “she needs treatment to come back to herself.”

Other characters that will be a big part of Season 16 include Dr. Levi Schmitt (Jake Borelli), Dr. Atticus Lincoln (Chris Carmack), and Dr. Thomas Koracick (Greg Germann), as producers have promoted all three to series regulars. Dr. Jackson Avery (Jesse Williams) will also be back, despite that fact that Williams has landed a role in the Broadway production of Take Me Out. Jackson’s fate was left unclear after the Season 15 cliffhanger, but he will be back in some capacity next season.

Season 16 of Grey"s Anatomy will also focus on the relationship between Dr. Meredith Grey (Ellen Pompeo) and Dr. Andrew DeLuca (Giacomo Gianniotti), which is something that wouldn’t have happened if Vernoff would have gone with her original plan.

During Season 14, Meredith was supposed to have a new love interest - a European doctor - after Riggs (Martin Henderson) ran off with Megan Hunt (Abigail Spencer). But, instead of bringing in a new, boyfriend for Meredith, Vernoff wanted to thwart expectations. She ended up creating the role of Dr. Marie Cerone, an old friend of Meredith’s mother, Dr. Ellis Grey, because she believed it was a “much more interesting story.”

Meredith’s focus that season was on work, not a man. But, things changed at the end of Season 14 when Dr. Deluca gave her an unexpected kiss. As their romance heated up in Season 15, he ended up trying to protect her from criminal charges and losing her medical license after she committed insurance fraud. However, Meredith couldn’t let Andrew go to jail for her, and she finally told him that she loves him.

This was the first time Meredith had said those words since Derek died, and Vernoff says she was shocked by some fans’ negative reaction to Meredith finding love again.

“For me, that is not even a valid debate. I am shocked that anyone could simultaneously love a character and wish that she remain without romantic love for the rest of her life no matter how long her life is,” said Vernoff. “That seems like a cruelty. And it seems like a cruelty rooted in reverence for her first love and I don"t relate to it. I don"t understand it. The idea that anyone could root for her to live a loveless life after being widowed at such a young age is crazy to me.”

ABC has renewed Grey’s Anatomy for two more seasons, and new episodes will return to the network this fall.