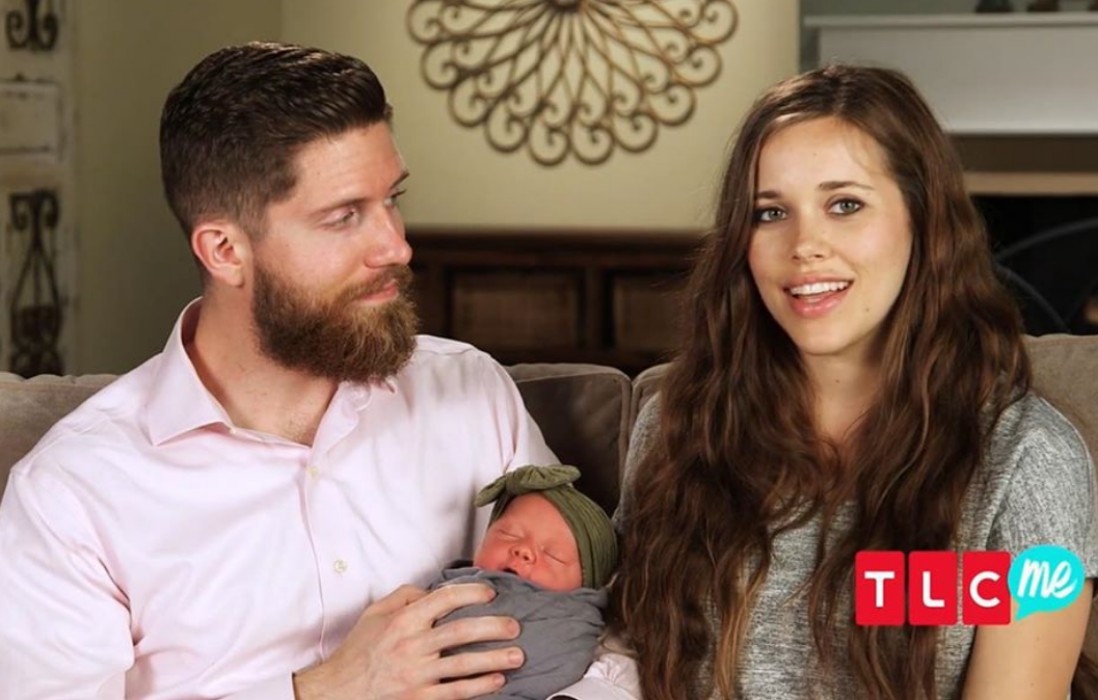 Jessa Duggar Seewald gave birth to her third child, a daughter Ivy Joy, on May 26, 2019, and fans are going crazy over the newborn"s latest photos. Married to Ben Seewald, the couple is parents to three children: Spurgeon Elliot Seewald (3), Henry Wilberforce Seewald (2), and Ivy Jane. The photos went viral as Jessa shared them with her more than 2 million Instagram followers. Baby Ivy was dressed in a scarlet red onesie with an ivory colored, wide-brimmed headband that featured a large bow. The photos garnered more than 100,000 likes within several hours.

The second photo features Ivy Jane wide-eyed and you can see the full expression of alertness on her face. Her hands are right below her mouth and her long fingers are intertwined. She appears to be looking directly into the camera and seems very alert and aware for a two-week-old baby.

The third photo is a side view of Ivy Jane and her eyes remain open. She looks as if she is in deep thought pondering the complexities of life.

In the fourth photo, baby Ivy is seen with one leg drawn into her body and you can see the red and white spotted sole of the foot of her onesie. Again, she is looking up at the camera and seems very aware for a baby her age.

The fifth photo features baby Ivy Jane with her eyes closed in a squinting type of grimace that almost looks as if she is smiling. Her hands are up by her face and it looks as if she was stretching.

The sixth and final photo features baby Ivy Jane as if she had just fallen asleep. Her eyes are closed and she is gripping the blanket she is sitting on. She looks perfectly content and at peace.

You may see the photos, Jessa Duggar Seewald shared on her Instagram page below.

What do you think of the new photos of baby Ivy Jane? Jill and Jessa Counting On Season 10 is expected to return to TLC in July 2020.