Lindsay Lohan Bares All In New Marilyn Monroe Photo — Some Question Her Muslim Faith at lxbr.info 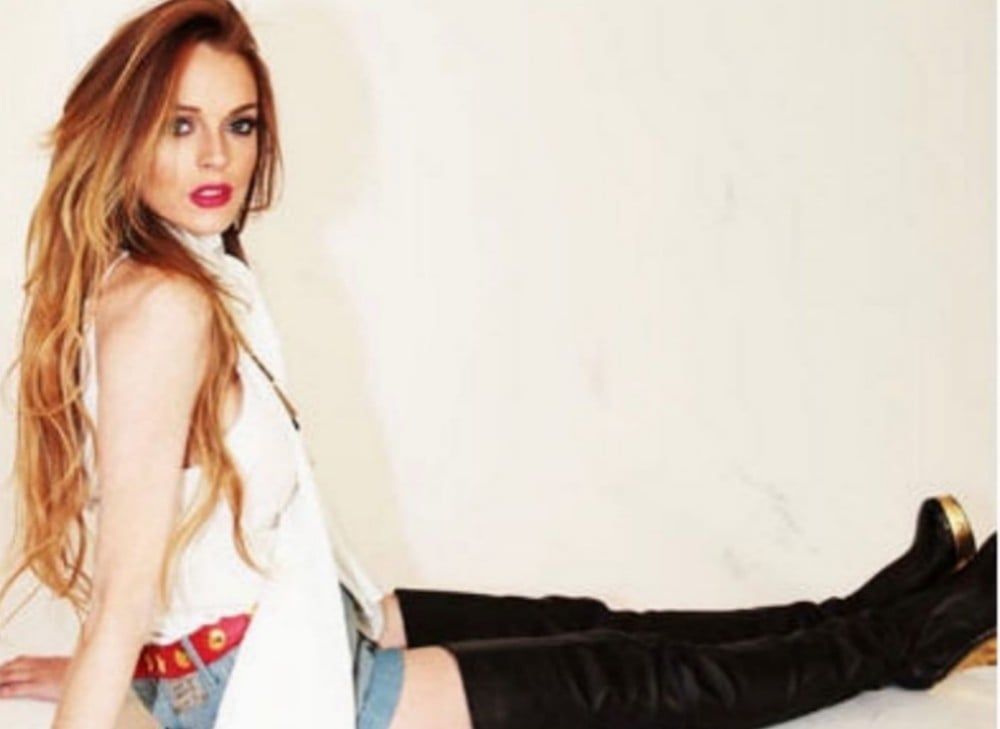 Lindsay Lohan has pushed the boundaries once again and now some of her 7.6 million Instagram followers are questioning her professed faith in Isalm. Baring it all, Lindsay Lohan was photographed with platinum blonde hair, thick eyelashes, and full lips and many of her fans said she resembled Marilyn Monroe in the snap. Lindsay left nothing to the imagination and while many praised her beauty, some questioned how Lindsay Lohan could express faith in Islam while posing without any clothes on Instagram.

Lindsay posed on all fours and the only thing she is wearing that can be seen is a high heeled shoe. She captioned the photo, "😙 #healthylifestyle," apparently aware of the shock the picture would bring.

One fan questioned her about the importance of mental health and while many suggested she resembled Marilyn Monroe, a conversation took place regarding Lindsay Lohan"s alleged Muslim faith.

For the record, though Lindsay Lohan has embraced Islamic culture, she has never gone on record to say she actually converted to Islam.

One follower left the comment, "Seriously?? I thought she is Muslim 😐."

Another follower responded that all Muslims should be happy that Lindsay didn"t convert as they felt Lindsay brought shame to Muslims. The user posted, " I just wanna say to all Muslims here, you must be happy that she is not Muslim . this kinda people are a real shame, so it doesn"t honor us if she is Muslim BTW."

You may see the controversial photo below.

It"s unclear why Lindsay Lohan chose to post the racy photo and her caption didn"t explain much.  The black and white photo doesn"t include the photographer"s name or where the picture was captured. It"s unknown if Lindsay Lohan set up a timer and took the photo herself.

The photo has been met with mixed reviews as some of her fans praised her beauty and self-confidence while others said that it went too far, left nothing to the imagination and was not fitting for someone who is publicly associated with Islam to share.

Lindsay posted the pic on Wednesday night and by Thursday morning it was still on her Instagram account.

What do you think of Lindsay"s racy photo? Do you think she looks like Marilyn Monroe?