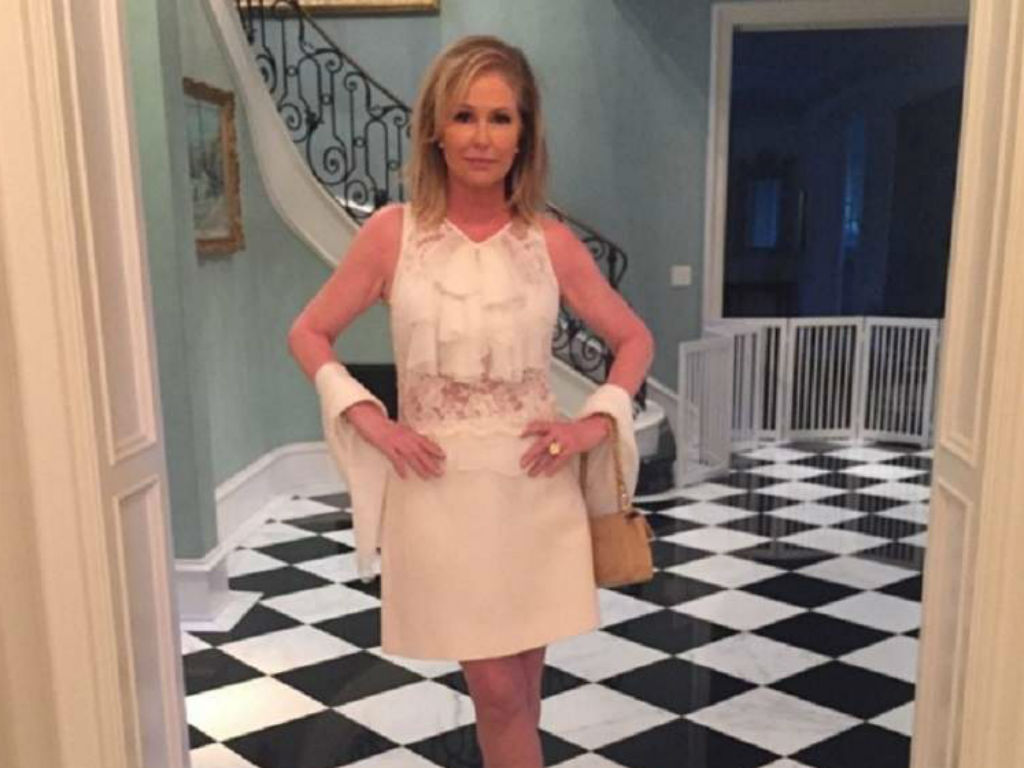 That was quick! The top brass behind The Real Housewives of Beverly Hills has reportedly already picked a replacement for Lisa Vanderpump.

RadarOnline broke the news Kathy Hilton is having in-depth talks with RHBOH creators and producers to join her sister, Kyle Richards, for the upcoming season. Although Paris and Nicky"s mom has appeared on the Bravo show before, it has only been in a guest starring or friend capacity. Now she could become a series regular.

On Friday, mama Hilton was spotted out with the king of all thing"s real housewives, Andy Cohen. A photo posted by Cohen"s pal Bruce Bozzi via Instagram showed Cohen and Hilton eating at Mr. Chow"s in Beverly Hills. Bozzi implied in his caption, the two were not merely there to enjoy each other"s company and have a nice dinner.

If Hilton and the Watch What Happens Live host were there to discuss her possibly becoming the newest member of RHOBH family, her sister Richards had no clue. She even expressed her shock in the comments section of the post.

Although there has been no response from Bravo or Hilton on the subject, adding the high-profile socialite could be good for ratings. She and Richards have had their own feuds over the years.

Their troubled history would undoubtedly make for some good drama, especially since Hilton was initially approached to do the show before season one. Hilton passed at the time but did recommend Richards for the show, which has made the latter a household name.

Fans appear to be on board with Hilton joining the show if the rumors do turn out to be true.

"I"ve been waiting for this for SO LONG!!" wrote meetamyphillips on Bozzi"s post.

"ITS ABOUT TIME" shared thejennybloom

It has been less than a week since Lisa Vanderpump ditched the RHOBH reunion and said she is finished with the show. Looks like she might not have been as hard to replace as she initially thought.

Kathy Hilton is reportedly in talks to replace Vanderpump. If she does sign on the dotted line, as indicated in the Instagram post, then a whole new level of drama will be brought to the hit reality TV show. Richards and Hilton sharing screen time is a recipe for disaster, the good kind fans love.

What are your thoughts on Hilton maybe replacing Vanderpump?