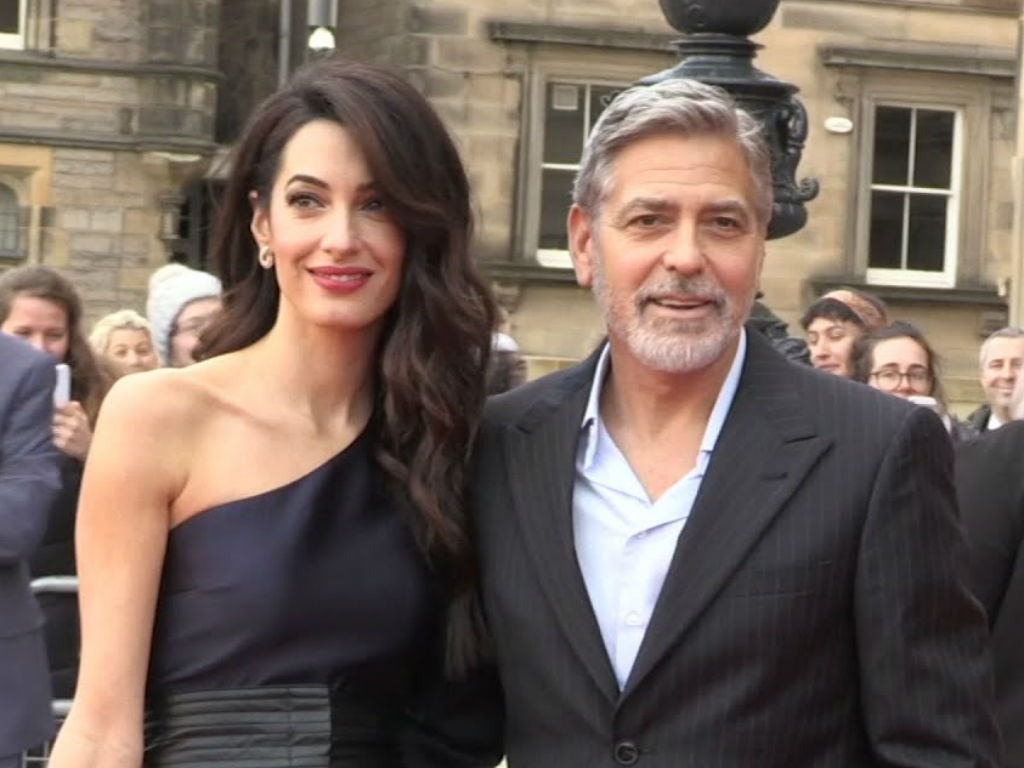 The father of twins Ella and Alexander, who will turn 2-years-old next month, has admitted he and Amal are having some security issues right now. George is one of Hollywood"s biggest stars, but it is his wife"s career that is cause for concern at the moment.

In a candid interview with The Hollywood Reporter, George got real about the potential dangers his family is facing over the next couple of months thanks to Amal"s current court case. She is preparing to bring charges against the group ISIS through the French courts. Her husband is fully aware of the of how important security is to keep his children and wife safe.

"Everything changes when you have two kids on how you have to protect them. My wife is taking the first case against ISIS to court, so we have plenty of issues, real, proper security issues that we have to deal with on a fairly daily basis," the Catch 22 star explained to the magazine.

Even though the Clooney"s have high-profile careers that thrust them into the spotlight, they do not want their kids to be in the limelight. Like any other parent, they want to protect their children and ensure they do not become targets of any kind. Amal and George have shielded their little ones from the paparazzi and inquiring eye since the day they were born.

However, dealing with a group like ISIS calls for entirely different security measures to be taken. George deals with photogs and stalkers, but the terror group brings a more extreme danger potential to his family.

Amal is a human rights lawyer. Her latest case has her fighting for victims of sexual acts of violence, including rape, in Iraq and Syria. She has asked the United Nation"s Security Council to bring charges against Islamic extremists in the hopes these people will be punished to some extent.

George Clooney is fearful for his kids during this time. Amal, of course, would never intestinally put her family in danger but fighting for victims of such heinous crimes is not going to come without ramifications.

Despite the potential danger and their desire to do daily activities, such as take their kids to the park, which is impossible thanks to photogs fighting for the money shot of Ella and Alexander, the couple knows they are blessed.

Both have each other, their babies and get to work on projects they are passionate about. Security is a measure George, and Amal will have to deal with to protect their family forever.