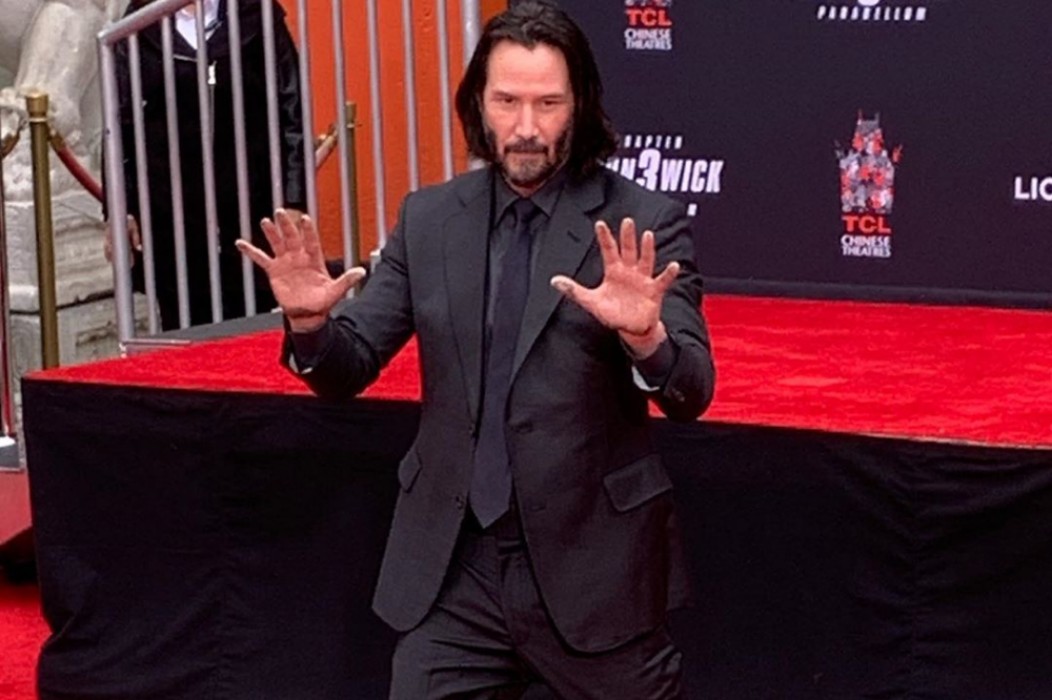 Keanu Reeves became immortalized at the infamous Grauman"s Chinese Theatre"s handprint, footprint, and signature ceremony. In attendance were many of Keanu"s current and former co-stars including Halle Berry, Asia Kate Dillon, and Laurence Fishburne who filmed The Matrix series with Keanu.

Before the cement ceremony that was held at TCL Chinese Theatre in Los Angeles, California on May 14, 2019, Keanu spoke to the audience and said the following.

"It is a great honor to be here and to be invited to this remarkable, historical, magical place. To be included amongst all of the incredible artists who have made their mark here over the past 92 years, to be a part of this Hollywood tradition started by Sid Grauman all those years ago and which continues to this day, I thank you. Thank you very much."

Keanu Reeves" remarks were reflective of the character traits many who know and work with him attest to. Those who speak about Keanu Reeves often say he is a very humble, kind, and generous man.

He certainly exhibited those characteristics during his handprint ceremony.

You may watch Keanu Reeves handprint ceremony at Grauman"s Chinese Theatre in the video player below.

Keanu Reeves is currently starring in John Wick: Chapter 3 - Parabellum that is one of the top movies worldwide.

Keanu Reeves has many movies in the works and his fans will be thrilled to see him in upcoming films.

He has nine projects in various stages of development and has five films in post-production.

Keanu Reeves will next be seen in Toy Story 4 as he joins the cast voicing the new character Duke Caboom.

Reeves will also appear in Always Be My Maybe, Green Dolphin, Past Midnight, and Dogstar Siriusly Singing Backup.

Did you watch Keanu Reeves" handprint ceremony at the legendary Grauman"s Chinese Theatre? What do you think of Keanu Reeves and his acting career? Do you agree that he deserves the honor and recognition for his work?
Posted by Alex Greg at 1:02 AM