Tamar Braxton And Female Fan Fight Over Boyfriend David Adefeso -- See How Estranged Husband Vince Herbert Got Dragged Into This at lxbr.info 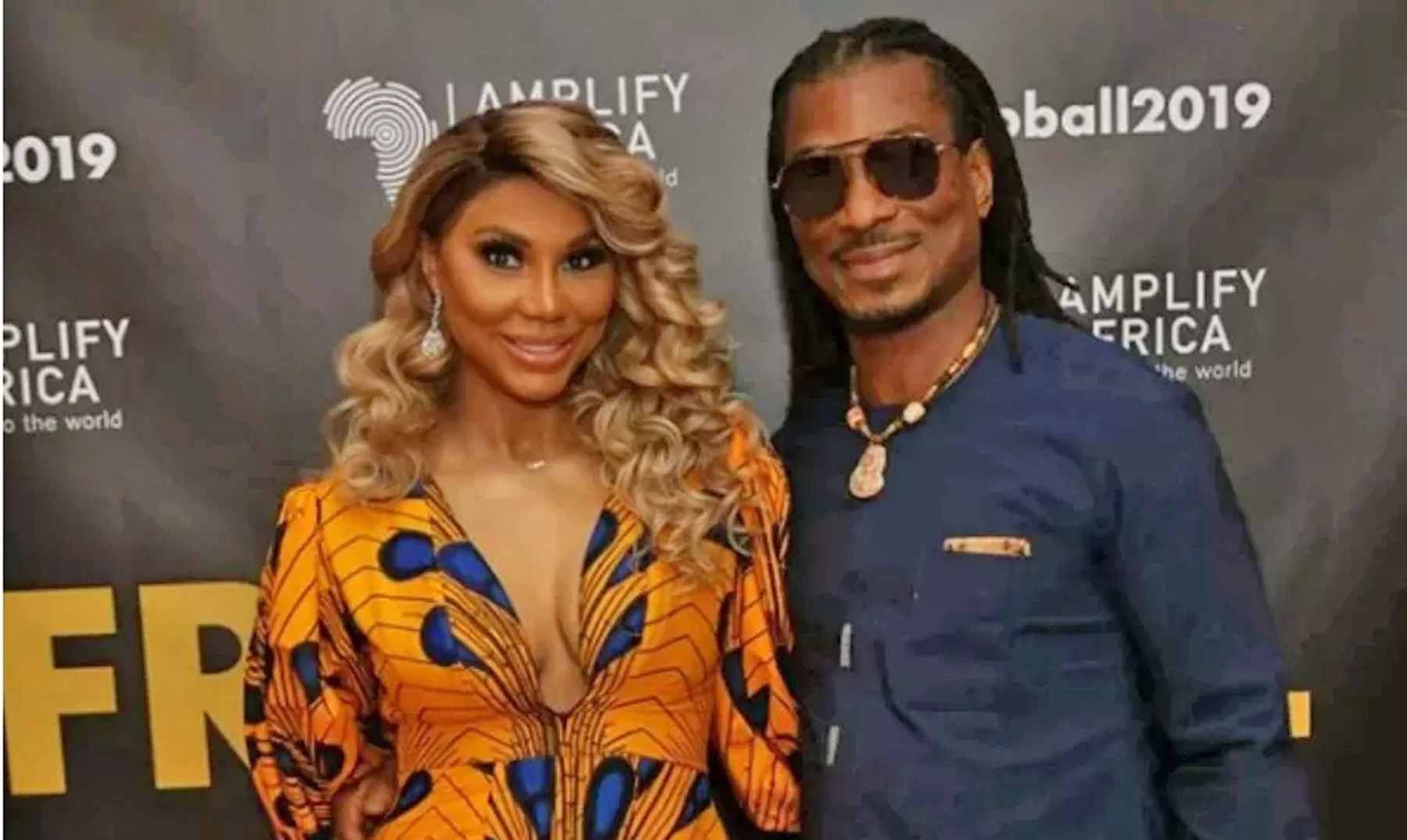 David Adefeso, who is Tamar Braxton"s boyfriend, has two women fighting over him on social media and he has yet to react.

Wednesday night, David took to Instagram where he shared a picture of himself and used the caption to say sensual Tamar has him tired and in need of recovery time.

He wrote: "After spending the holiday weekend hanging with the boys🕺🏾🕺🏾 and attending the epic finale of @kandi‘s #welcometothedungeon tour💥💥 with the sensational @tamarbraxton🔥🔥 I really need some recovery time🤣🤣#ThankGodForWater 💦!"

One female fan told David, "Hey you" and it prompted an angry Tamar to lash out: "Hey boo! I’m Tamar from Baltimore.... this is my boyfriend David... so correction sis... hey Ya’ll 💑! 😘."

The woman told Tamar she was insecure: "@tamarbraxton you shouldn’t be that worried about me? Are you that insecure? I said hi to him because I knew him before you did! And you’re not going to keep a man being insecure 😟 , and my husband says hello 👋🏿 and tell Vince 👋🏿."

The woman replied by saying: "Lol, but is she worried bout lil ol me? All I said was hi."

One follower stated: "What did she do to warrant all the rant? I see nothing insecure here! I’m a Nigerian too and yes I love how she protects her man, and he is a good man; why would you bring up her ex???"

This person shared: "It’s always a “joke” when someone puts you in your place. She wasn’t joking. She just realized that her insecurities are showing. The end."

Another supporter of Tamar claimed: "I 👏dont👏play👏that!!! I think most of us ladies on here should stop acting like you’d do the same. 🤣 I sure as hell would address it, and I don’t believe so Tamar was rude. These girls are just begging for attention everywhere! 😂😂😂"

This backer wrote: "Tamar was joking; I"m sure she isn"t worried about you or any other woman. A joke is a joke, personally, I wouldn"t have said anything because you get all this bs shade on here for nothing. A grown man is not going to get in caddy women 💩 because it wasn"t anything to shut down; it was a joke. I never have seen so many grown women acting like middle school kids. Lol, it makes y"all look special needs. Smh."

What are your thoughts on those heated exchanges?