Lisa Rinna And Teddi Mellencamp On The RHOBH Chopping Block For Season 10 at lxbr.info 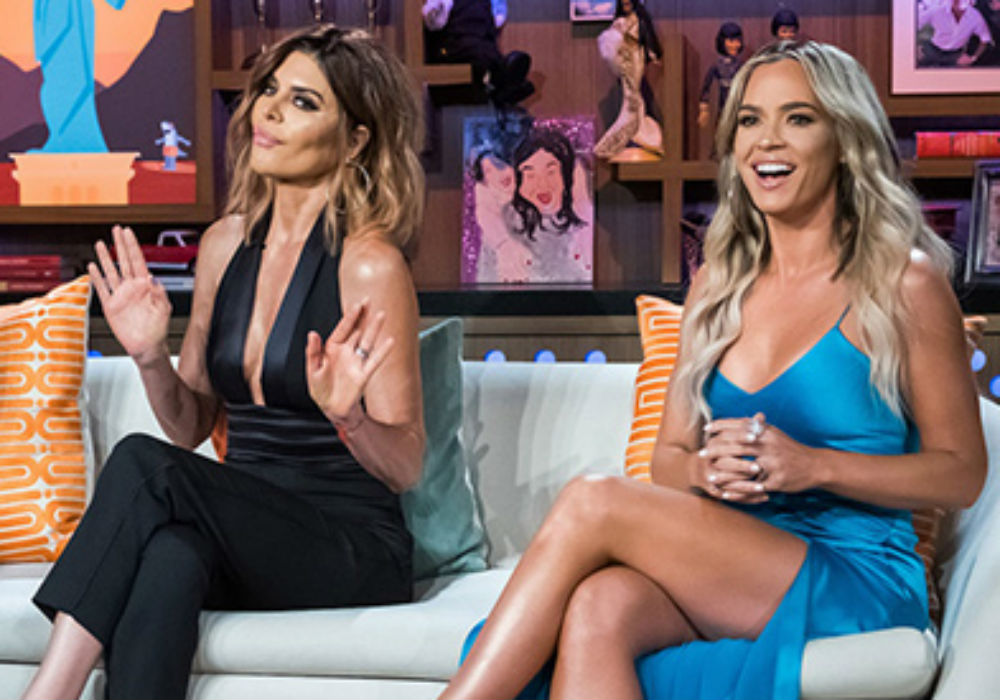 After a drama-filled Season 9 of the Real Housewives of Beverly Hills, inside sources claim that Lisa Rinna and Teddi Mellencamp are not coming back for Season 10. Bravo executives are allegedly considering dumping the pair and promoting Camille Grammer to full-time status next season.

A source says that producers want to demote Mellencamp to friend status or drop her completely if she doesn"t agree. They are also uncertain about Rinna"s future and are thinking about giving her the boot as well.

According to All About The Real Housewives, producers do not feel as though Mellencamp has connected with viewers, mainly because she is too busy playing the protagonist.

"Playing the protagonist gets tiring to watch after a while," the insider shared.

As far as Rinna is concerned, producers are taking a hard look at her future and are not afraid to pull the plug on her storyline. Their attitude towards Rinna reportedly shifted because of her social media activity.

Producers are apparently unhappy when cast members continue their feuding on social media and are not sure how to handle it moving forward. Fortunately, they have plenty of options at their disposal when it comes to new cast members, which does not bode well for Mellencamp or Rinna.

Season 9 of RHOBH, of course, is still underway, so it will be a few months before any casting changes are made. We also have yet to see the Season 9 reunion, which could also play a role in determining what happens to the cast. Bravo has not commented on the casting rumors.

Despite all the rumors, Lisa Rinna has not been afraid to drum up drama this season. In her latest move, Rinna slammed Lisa Vanderpump on social media for making some questionable comments about the transgender community. Fans reacted positively to the criticism, which was a small victory for Rinna.