Miley Cyrus Praises Both Cardi B And Nicki Minaj And Says Their Feud Is Over at lxbr.info 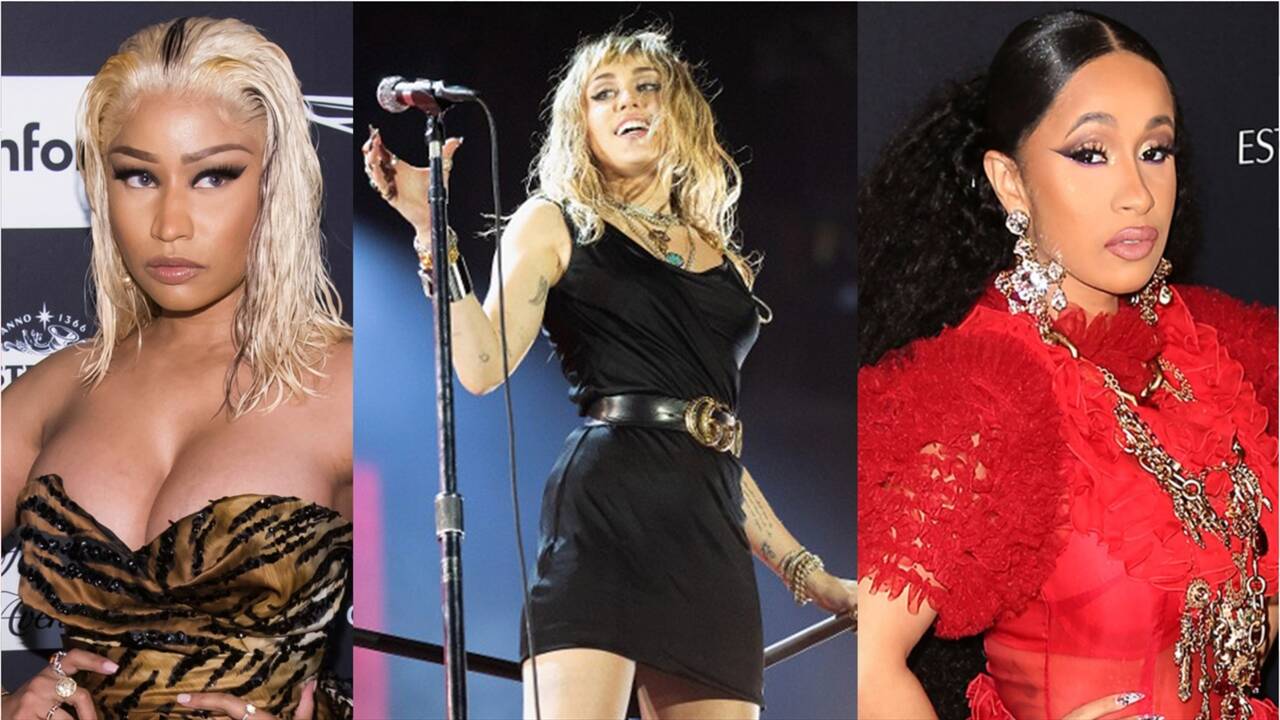 Miley Cyrus mentioned that as far as she knows, rappers Nicki Minaj and Cardi B are no longer feuding! Over the weekend, the singer spoke at Capital Breakfast with Roman Kemp while promoting her brand new music.

As for how the topic of Cardi vs. Nicki came about, you may know that Miley mentions the two rivals in her song Cattitude.

‘I love you, Nicki, but I listen to Cardi,’ Miley raps in the new song.

As you can imagine, most people immediately assumed that Miley was trying to shade Nicki.

However, she claims that was not her intention at all and that ‘I don’t think there is beef [between them] now anymore.’

She went on to explain that ‘I think you are allowed to enjoy 2 artists that fill a similar lane. I always grew up collaborating with Selena and Demi, and there was never a competition. That is why Ariana"s one of my best friends. When you"re authentically yourself, no one can be you.’

‘So, you are never worried about somebody stealing your place because it cannot be taken because you are the only one. I think what they do is really different from each other. That is why they both get a crown. They do not have to share. They do not have to break it in half. There is no reason to fight over it. They are both queens.’

To further gush over both Nicki and Cardi, Miley said that, every time she wants to feel strong and empowered, she listens to their music.

You may remember that the two female emcees got into a huge fight that even turned physical while at Harper’s Bazaar ICONS party back in September.

Are they really over the beef now?