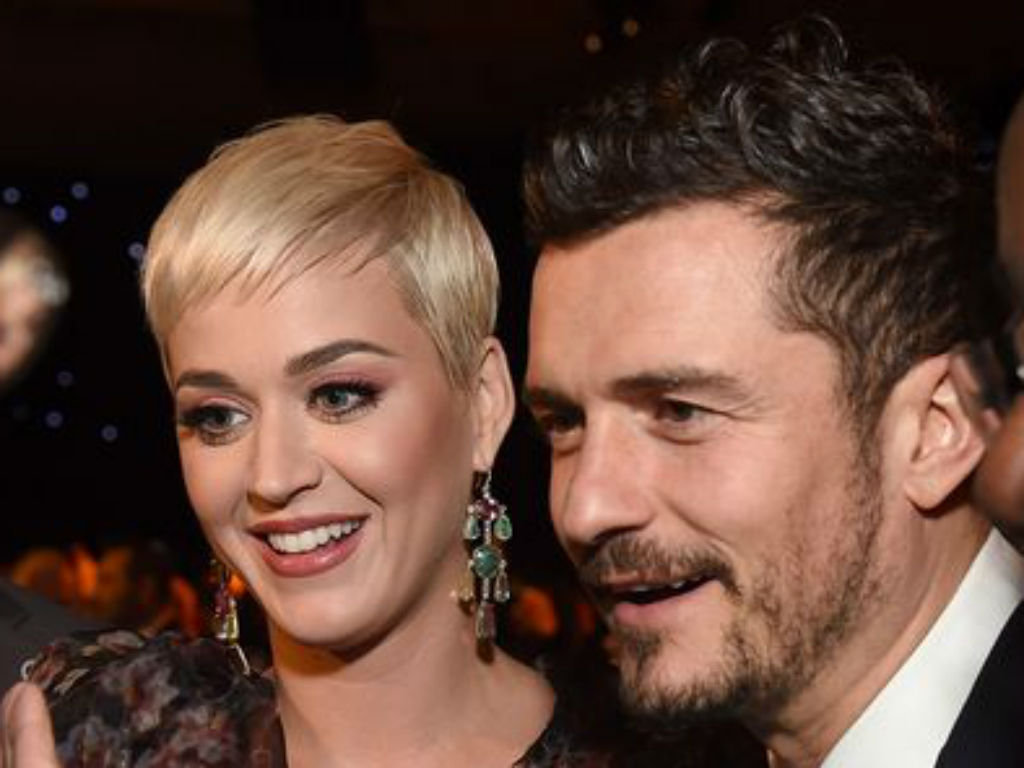 Katy Perry is dishing all about fiancé Orlando Bloom"s extravagant proposal, including how he took a note from Kanye West"s most romantic gestures playbook.

On Friday, the singer appeared on Capital Breakfast With Roman Kemp. During the interview, she gushed about how Bloom asked her to be his wife. He popped the question on Valentine"s Day, which set the romantic tone the actor was looking for perfectly.

The 31-year-old recalled she met her man at a fancy Italian restaurant and immediately knew something was up when Bloom was clean shaven and dressed extra nice.

"I"m like "Oh s&%t, something is going down," she revealed of her first thought after seeing her man looking fancier than usual.

Perry recalled her soon to be husband being nervous throughout the entire dinner, which had her wondering what was going on, but she did not think he was going to propose.

After dinner, his nerves were explained when the Pirates of the Caribbean actor took his lady love on a romantic helicopter ride. There he got down on one knee and asked her to be his wife. The songstress, of course, said yes, but that was just the beginning of his romantic evening.

"Then we landed on this building, went downstairs and my family and my friends were there," Perry explained.

Along with a romantic helicopter ride and a party with those they love, Perry admits the entire night was filled with the most flowers she had ever seen in her life.

Oh yes, Bloom channeled his inner Yeezy to help make the night the most romantic Perry has ever encountered.

This is not the first time Katy Perry has shared details of the night she got engaged to Orlando Bloom. Shortly after he popped the question, the singer made an appearance on Jimmy Kimmel Live where she dished about her new status and showed off her gorgeous ring.

The couple has not revealed any details about their wedding plans. There have been several reports they are not on the same page when it comes to their special day, but for now, Perry and Bloom are keeping quiet.

Whenever they tie the knot or however it is done, one this is for sure. Bloom and Perry are both overjoyed to be spending their lives together.