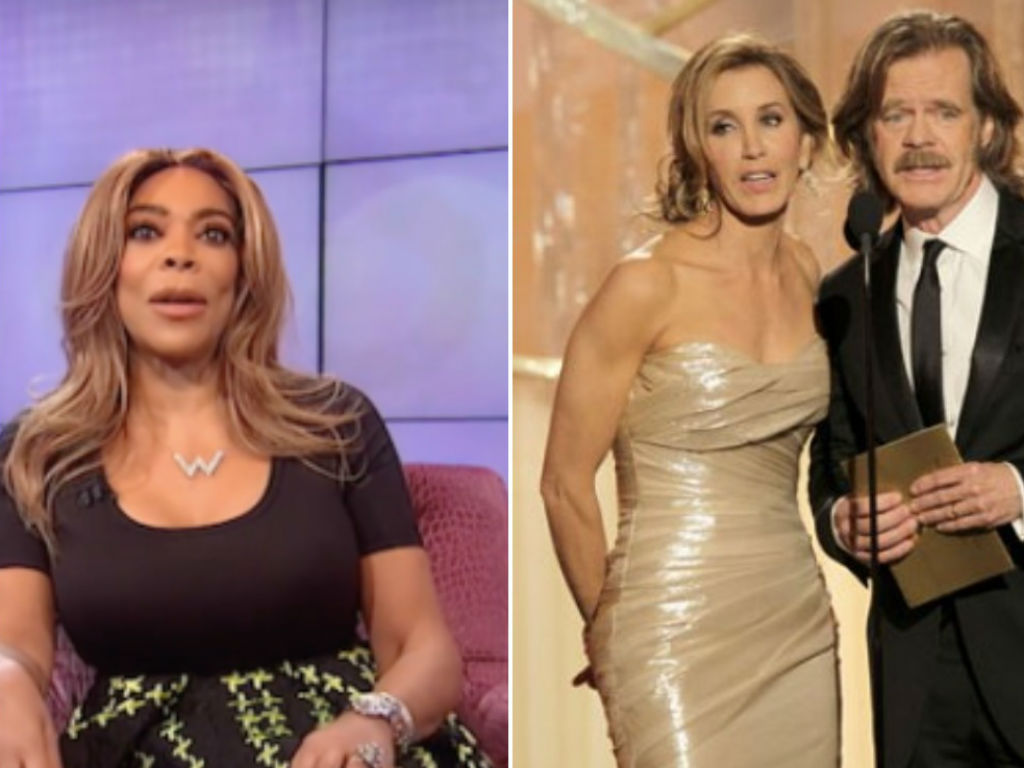 Wendy Williams had some harsh words for William H. Macy and Felicity Huffman because the proud parents celebrated their daughter"s high school graduation.

A photo of Macy carrying balloons that read "congrats grad" and "you did it" surfaced online yesterday causing Williams to unleash on the famous couple. During the hot topics segment of The Wendy Williams Show, the talk show host slammed Macy and Huffman for celebrating the graduation amid the college admissions scandal.

"Why is he out the house? Why are you pushing this celebration in our face you alleged crooks! What are you doing? Then he goes and picks up the cake. Why didn"t you have an assistant go and do this?" she expressed to her audience.

Williams went on to share the topic was discussed during her morning staff meeting with many of her employees disagreeing with the famous parents having a celebration. She and her staff firmly believe Huffman and Macy should have waited to honor their daughter"s high school graduation until the college admissions scandal is resolved.

The talk show host went on to clarify her stance by stating since Huffman is still waiting for her sentencing, the family should have gone to greater lengths to celebrate privately. Williams in no way thought Sophia"s accomplishments should not be celebrated, but her issue is with how the famous parents went about it.

"I think they should be celebrating, but here"s how you do it. You celebrate in your house with the blinds closed. You invite family members who actually want to come over, and you don"t do it outside where the helicopters are looking," explained the newly single Williams.

Wendy Williams is not thrilled with the way Felicity Huffman and William H. Macy went about honoring their daughter graduating from high school. She also firmly believes Sophia, as well as her parents, should steer clear of the graduation ceremony considering their involvement in Operation Varsity Blues.

It is unclear if Sophia has already graduated and the family was merely preparing for the party or if the festivities are all happening this week.

Williams made some rather hasty remarks toward Macy and Huffman for the way they chose to publicly celebrate their daughter"s high school graduation. Do you agree or disagree with the talk show host? Should Sophia be punished and miss out on an important milestone in her life because of her parent"s choices?