15 Of The Most Insane Duggar Family Rules And Shocking Off-Limit Things at lxbr.info 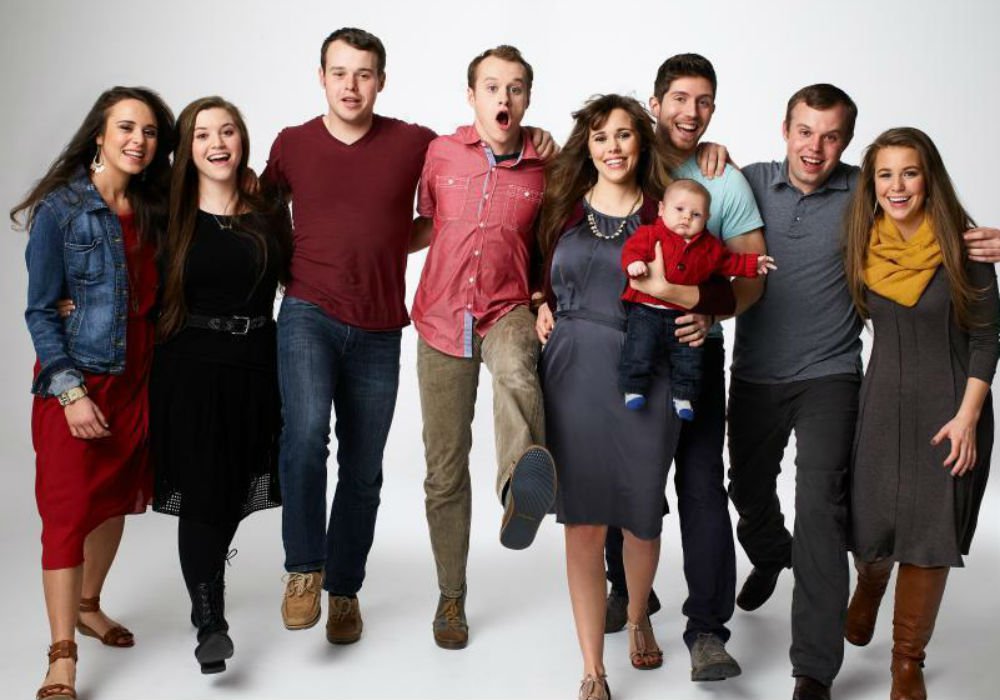 The Duggars are well known for their religious values, so it is not a big shocker that they prohibit drinking alcohol and smoking. While booze is off limits, the Duggars are known to engage in a sugary dessert from time to time.

According to The Hollywood Gossip, none of the Duggar children are allowed to go on a date without a third party present. Having a chaperone keeps them accountable and is apparently vital for the girls in the family, who believe being alone with a man puts them in a danger zone.

The Duggars tend to avoid modern music, mostly because of all the sex and drug references. You will also never see a Duggar twerking or hitting a dance floor of any kind, though they do enjoy some gospel music.

The Duggars do not indulge in the world of romance novels because it goes against their religious ideology. Instead, they pretty much stick to the Bible and other non-fiction works, though just how far they stray from biblical writings is unclear.

Even if the Duggars avoided the sexually charged costumes and devilish themes, Halloween is still off limits. Thanks to their religious beliefs, the Duggars view the holiday as satanic and part of what Jim Bob Duggar refers to as the "demonic realm."

It is hard to imagine life without your favorite pair of pants, but for the Duggars, a pants-free environment is completely normal — at least for the ladies. The women in the family are not allowed to wear pants and opt for the modest skirt instead.

Even when they start courting, the Duggar children are not allowed to drive alone with their partners. This is why a member of the family always tags along whenever couples go out, even if it’s just for a quick ride to the store.

Hugging people may be an innocent gesture for most people, but it is basically a cardinal sin for the Duggars. To prevent what they consider PDA, none of the Duggar kids are allowed front hugs until they put a ring on it.

The Duggars obviously discourage physical touch during the courting phase of a relationship and that includes holding hands. It may sound pretty extreme, but most of the Duggars avoid hand holding of any kind until they exchange vows.

As evidenced by Josh Duggar"s molestation and cheating scandals, divorce is off the table for the Duggars. Jim Bob and Michelle teach their children that marriage bonds are sacred and meant to last forever, which is why Anna Duggar has stuck by Josh"s side all these years.

The Duggars frown on wearing jeans let alone rocking a bikini on the beach. The family does, however, have approved swimwear, which pretty much covers every part of the body from the neck down.

With a few rare exceptions, the Duggars do not get their own social media accounts until after they have gotten married. It is unclear if this is a strict rule, but most of the Duggar children have followed it (apart from Jana Duggar).

Jim Bob and Michelle Duggar like to keep a tight rein on their children, even when it comes to their text messages. Until they are married, the parents are attached to every text message between members of their family and the opposite sex.

This is another family rule that isn"t a shocker. According to Ranker, Jim Bob and Michelle encourage their children to have as many kids as possible after they get hitched, After all, they didn"t star on a show called 19 Kids and Counting for nothing.

One reason the Duggars have large families is because they do not believe in birth control. After they tie the knot, members of the Duggar family avoid any and all forms of birth control because their ultimate goal is to have children.

The Duggar family will return with new episodes of Counting On later this year on TLC.
Posted by Alex Greg at 8:31 PM