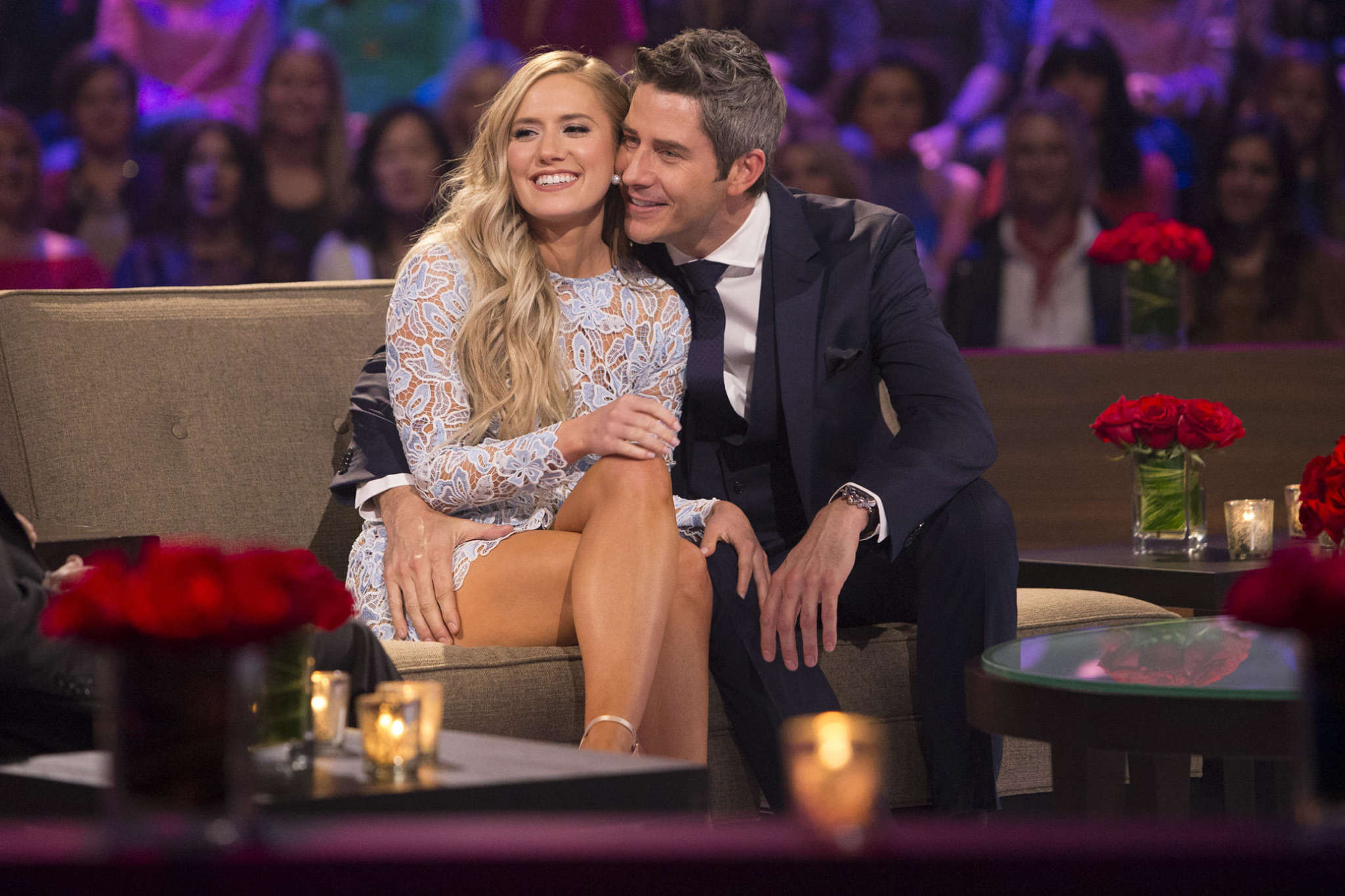 Arie Luyendyk Jr. and his wife Lauren Burnham welcomed a daughter yesterday and did not waste any time to introduce her to the world! Furthermore, only hours later, they once again returned to Instagram to reveal the baby girl’s name!

The proud father posted a pic of the newborn and in the caption, he wrote: ‘This was first time that she laid eyes on me, and I am forever changed.’

As Bachelor Nation knows all too well, the bundle of joy was just welcomed into the world yesterday, May 29 at around 2 P.M., weighed 6 pounds and 13 ounces and measured 20 cm.

Shortly after Lauren gave birth, Arie assured his fans that ‘Mommy and baby are doing great. We are so incredibly happy.’

Lauren expressed how in love she is with the baby girl already as well!

The new mom posted another snap and gushed over her offspring, saying that ‘She is sweet, calm and @ariejr, and I could not be more in love with her.’

The parents had been keeping their followers updated throughout the entire pregnancy so everyone was already expecting the big news when it happened.

In the months leading to the delivery, Arie and Lauren would share pics from their Bermuda babymoon as well as from their baby shower and more!

They pretty much documented everything they could and shared it online for the world to see.

The pregnancy news was shared in November shortly after they learned about it as well.