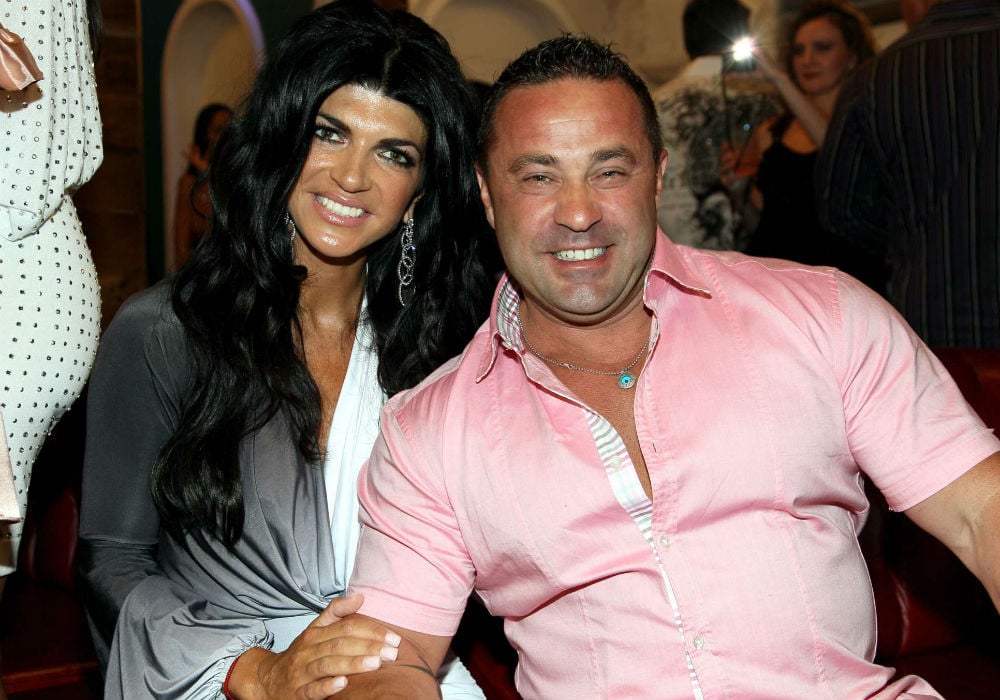 Teresa Giudice finally mustered up the courage to visit her husband, Joe Giudice, in Immigration and Customs Enforcement (ICE) custody. The Real Housewives of New Jersey star took her four daughters along for the visit but reportedly only stayed for an hour.

In a recent interview, Joe Gorga opened up about Teresa"s ICE visit and revealed that it is extremely difficult to see Joe while he is awaiting deportation. This could explain why Teresa and her children — Gia, Gabriella, Milania, and Audriana — only stayed for an hour at the facility in Pennsylvania.

Gorga added that Teresa is allowed to return for another visit, but it will take some time to set things up. It is unclear how long Joe will remain in ICE custody before he gets deported back to Italy. Joe got out of prison this past March after serving 41 months behind bars.

He was charged in the spring of 2014 for fraud. A judge ordered his deportation last October and his appeal was formally denied last month.

Teresa has been mixed up in a lot of drama while her husband awaits deportation. This includes rumors of her wanting a divorce as soon as Joe gets sent back to Italy. The RHONJ star has been largely silent about Joe"s impending deportation, though the drama is expected to unfold in the upcoming season of the hit reality show.

Teresa Giudice"s daughters, meanwhile, have understandably had a difficult time dealing with their father"s deportation. Inside sources claim the girls are hurt by everything that has happened and are still hopeful that their dad gets to stay in the United States. They have even started a petition online to keep their father from being deported.

The family"s recent visit coincided with Joe"s 47th birthday. While things are not looking good for Joe, his deportation was delayed so that his lawyers could have time to file more appeals.